NSFW DEPT: If This Isn't the Photograph of the Year My Name is Madonna 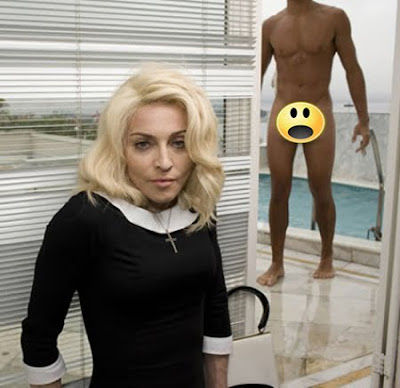 (Scroll down for actual photo, which is depraved.)

I think I might be late to this party, because I'm late to most parties (if I'm even invited), but I have just returned from a wildly religious out-of-body experience after seeing this thoroughly random photo for the first time. WHO TOOK IT? (Pedro Almodovar?) I just came across it over at the gay-as-hail L.A. Rag Mag site but there's no information about its origins. Obviously, that's Madonna in her pajamas in the foreground, but what's going on back there, by the pool, hmmm?

Well, supposedly that is the naked version of her ex-lovah Jesus Luz (which translates to "Jesus Light," for the religious among you). You might remember him from this post. It doesn't matter that he doesn't have a head, because who cares about that? The important thing is the rippled, aggressive nakedness and the priceless expression on Our Lady of the Immaculate Money Shot's face. Haven't you always dreamed Madonna would look at you that way while a ferociously attractive naked man with no head hovered mysteriously behind her? Of course you have. You're only human.

In conclusion, this picture almost makes up for her last godawful album cover. 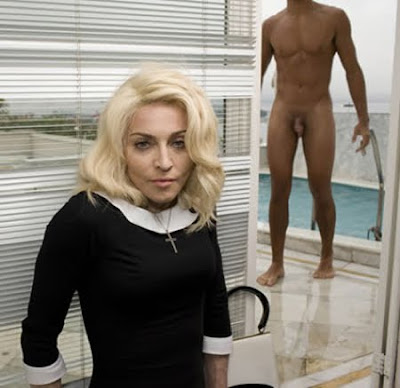 OMG his doodle is showing..