Thanksgiving Summed Up in One Photo 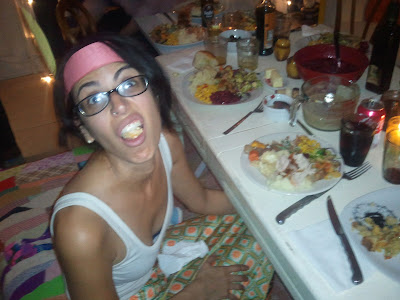 The only way this picture could be more perfect would be if it was the cover of a Ted Nugent album.
Posted by Tim Anderson at 1:01 PM 1 comment: 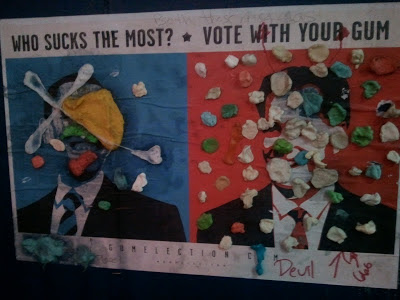 This is one telling flyer. It's been up for a few weeks and in that time I've watched it blossom into supernova of multicolored chewed-up gummy gnarliness, aka, a gorgeous reflection of our great democracy at work. Obama clearly won this iteration of the popular vote up here at 35th and 6th, and I do believe this data comports with the actual vote tallies in this area. So the point is, whoever's idea this was is the next Nate Silver and should be given a bunch of poster board by the New York Times so he can expand his gum-data campaign into the country at large and continue to give folks the most precise reading of the electorate in the midterm elections of 2014.

In the future we will all vote with our gum.

And voter fraud will be accomplished with taffy.
Posted by Tim Anderson at 4:59 PM No comments: 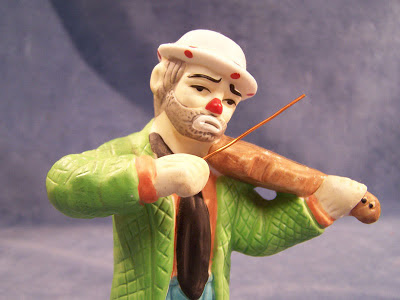 Kids, I've got a new post up over at The Nervous Breakdown, which you should click over and pretend to read immediately. Here's a teaser:

Children of the world, don’t believe your parents, your shrinks, or your imaginary friends: worst nightmares sometimes do come true. Sure, many humans can get through their entire lives without falling out of an airplane, having a leg eaten off by a shark, being kidnapped by a tiny car full of saber-toothed circus clowns, or being awoken at 2 a.m. by a group of drug-crazed hippies wielding ice picks and chanting “Kill the pig, acid is groovy.” But some don’t. We all have these fears and they are perfectly rational, so watch out. [continue reading]
Posted by Tim Anderson at 3:11 AM No comments:

My Cat Stella Is Pretty Bummed That Romney Lost 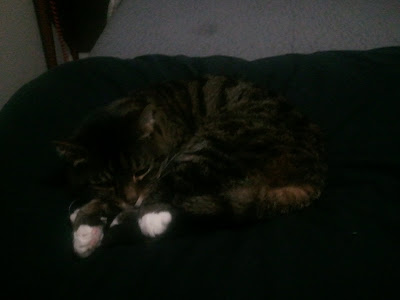 My regular reader might remember that a few weeks back I got the devastating news that my cat Stella was voting for Romney. I, of course, was fit to be tied, and I tried and tried to talk her out of it, appealing to her rational side using charts and graphs and endless videos of Rachel Maddow breaking things down. But Stella is as stubborn as my mother and she was not swayed. So Tuesday night she was thoroughly bummed out and has been doing nothing but sleeping and gorging on corn dogs and watching daytime TV and giving herself baths and just sitting in the corner for hour upon hour ever since. She's not even reading her Us Weeklys anymore.

Lest she be quietly entering Victoria Jackson or Donald Trump territory with a hilarious Twitter explosion imminent, I sat down with her this evening to get a sense of how she was doing and if I needed to worry about her waking me in the middle of the night shouting about socialist Muslims under the bed.

"Stella, how you doing? Feeling okay?"

"Oh, God, Stella, it really doesn't exist, are you kidding me?"

"Stella, there was one guy in a beret and sunglasses at a polling station opening doors for old ladies."

"Stella, I don't think you know what that means."

"Gah, the polls weren't skewed, Stella, and it doesn't matter anymore anyway because the election itself has confirmed that the polls were pretty much right."

"His state was underwater! He said a few nice things about Obama! What was he supposed to do?"

"And no more Drudge Report, Red State, or Breitbart."

"Binders full of sadness."
Posted by Tim Anderson at 3:26 AM No comments:

Posted by Tim Anderson at 1:30 PM No comments:


Hey kids, have you about had it up to here with your mother's crazy declarations that Obama is a secret Muslim whose religion is more of a danger to the country than his challenger's weird cult religion that has anti-black racism written right into its fundamental documents? Have you been hitting your head against a brick wall over and over again over the past few years dealing with the increasingly paranoid beliefs of someone so close to and beloved by you? Are you increasingly fearful that this whole national carnival of crazy actually won't be over come Tuesday owing to the desperate attempts by state officials in Ohio and Florida to cockblock the vote and make the electoral results questionable at best? Are you about ready to slit your own throat in mortal frustration?

Take heart! And take a cue from Valerie Cherish, who feels your pain and, in the above video, sets it to music. Careful, though. Angry hurts your throat.
Posted by Tim Anderson at 4:28 AM No comments:

Gruesome Video of the War Against Dying in Hurricane Sandy


God, we were lucky. Really lucky. Had no idea how lucky we were during the filming of this video. (Thoughts and agnostic prayers go out to all in Staten Island, lower Manhattan, New Jersey, etc.) The sounds outside were scary, but at least those sounds didn't decide to invite themselves in and bring their friends, Wind and Rain, who were both hella spastic and angry that night. So, some uncomfortable, frightening moments on Monday, but, hey, it's me and Jimmy, our relationship is made of uncomfortable, frightening moments (usually involving our cat Stella's litter box). God bless NYC.
Posted by Tim Anderson at 2:17 AM No comments: