Mom is awesome and she loves Christmas. Every year she gets a little bit crazier with the decorations, and this year's wonderfully garish gallery of Christmas kookiness provides the long-sought-after answer to the question that generations before us have posed to the Gods for centuries: "Why not dress that duck figurine perched in front of the fireplace in a Santa costume?" The above video is what greets you as you enter the house, a motion-sensor Christmas Moose that IS VERY SENSITIVE TO ANY AIR MOVING IN FRONT OF ITS FACE AND OFTEN SINGS UNTIL YOU THINK YOU'LL LOSE YOUR MIND. 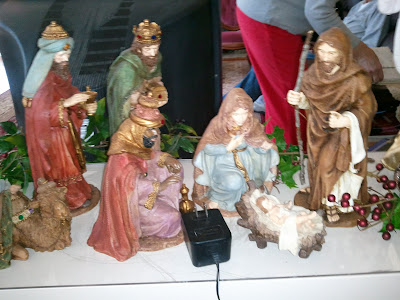 Nativity scene #1, with Mary and Joseph welcoming the newborn baby Jesus and the three wisemen welcoming the birth of that big black plug. 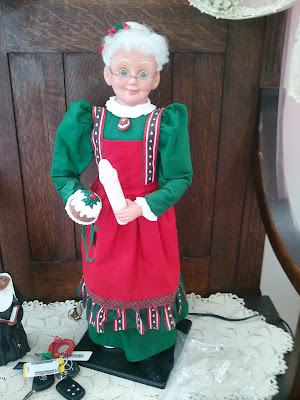 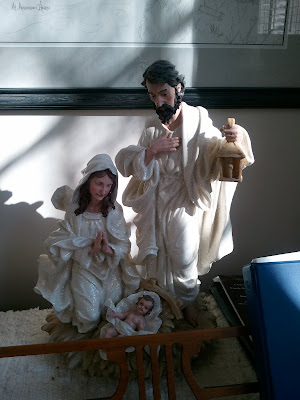 Nativity scene #2, this one on the piano. Mary is played by Patricia Clarkson and Joseph is played by Ryan Gosling's older brother. 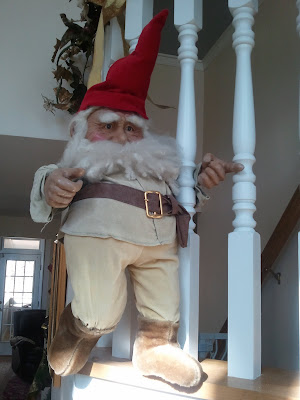 This creepy little elf/dwarf/gnome thing also greets you when you enter the house, staring and pointing with both hands. (Both hands!) I think the most unsettling thing is you can't see his mouth. One should never trust an elf whose mouth one cannot see, like it says in the Bible. 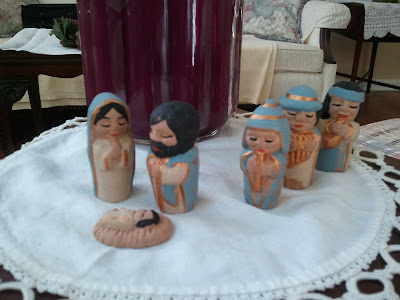 Nativity scene #3, this one courtesy of me! Bought this for momma in Buenos Aires. 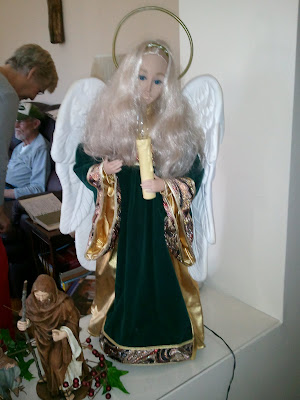 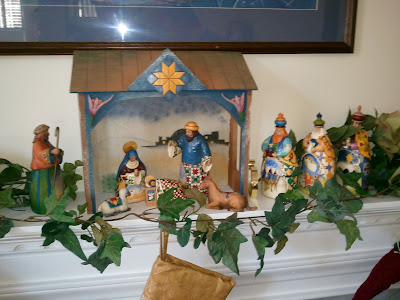 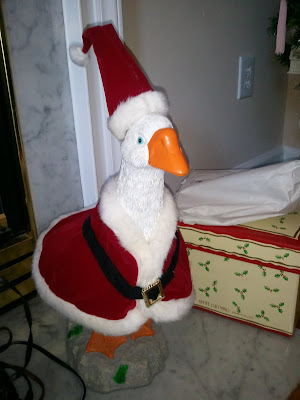 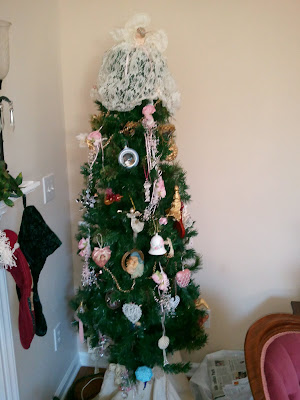 I wonder if Mom has noticed that her lovely tree is being eated by that angel's dress. 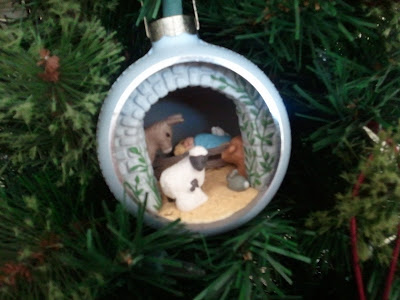 Nativity scene #5, about to be eated by that angel's dress. 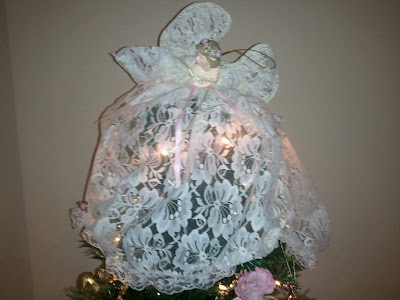 The angel and her ravenous dress. 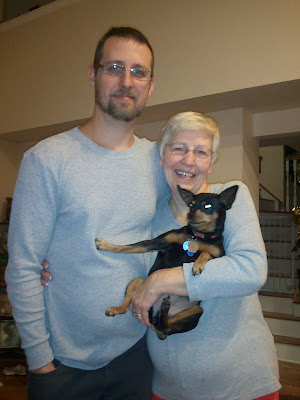 Lillybit the dog is creeped out by that elf, too.
Posted by Tim Anderson at 1:55 PM

I can see Jesus from her kitchen window