To both--both!--of my readers!
Posted by Tim Anderson at 4:33 PM No comments:

Shootin' It, In Which Jimmy and Tim Continue to Discuss Lost, Season 5

Jimmy: Why hasn't Richard Alpert taken his shirt off yet?

Tim: Why isn't this guy on the cover of every magazine created by humans?

Jimmy: Because his name is Nestor maybe?

Jimmy: Oh! He's got a whole DVD special feature dedicated to him!

Tim: He better f**king take his shirt off in it.

Tim: I did a Google image search of him and there isn't a single shirtless picture. That means none exist.

Jimmy: I bet [our friend] Brian has one.

Shootin' It, In Which Tim and Jimmy Discuss the Issues of Our Times. Today: Lost, Fifth Season 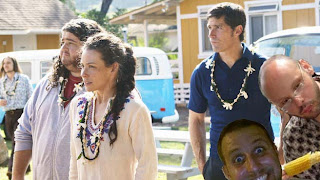 Tim: Wait, why did they go back to the island again?

Jimmy: So the other people won't die.

Tim: And why are they gonna die again?

Editorial: All Bicyclists Are Not Crusty 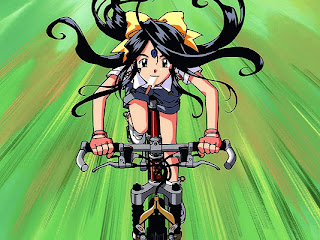 Hoo, boy, this Williamsburg Hasidic Jew-Hipster Cyclist turf war is the culture clash of our time, and it has something for everyone (or at least two types of people). Do you hate hipsters who ride bikes? Also, do you kinda hate Hasidic Jews? Congratulations! You now have more reasons to do so.

Further, do you really hate hipsters who ride bikes? Do you like to conjure false and hackneyed equivalencies between the two "religions" represented by this epic struggle? And is your name Tunku Varadarajan? Well, then, you should certainly type up a column and upload it to Tina Brown's online kitchen-sink clearinghouse of cloying claptrap The Daily Beast, because you are obviously a deeply thinking human.

Here's a condensed version of the hot war currently being waged: Williamsburg Hasids recently prevailed on the city of New York to remove the bike lane on Bedford Avenue for safety and religious reasons: not only did the lanes make a narrow street even narrower for cars, but the presence of young ladies on bicycles in various states of undress was rendering some Hasids unable to read their holy book while also driving a minivan because of boobs and such. Then a few Williamsburg bike riders cheekily repainted the lane one night and then got arrested.

Here's how Master Sensei Tunku lays out the case against bikers:

Cyclists . . . pursue a form of zealotry of their own. They have quasi-religious garments (Day-Glo jackets), they follow austere codes of discipline (exercise and low fat), they think they know the one and true way (cycling), and they demand special treatment for the Church of Lycra (bike lanes). Also, they trail a frightful whiff of sweat in their wake. (But the same can be observed, sometimes, on a sweltering summer’s day, of those who dress as if for a winter in Vilna.) More broadly, is it entirely surprising that respect for a religious community is often a challenge to hipsters who have been raised outside any religious tradition?

Ugh, has there ever been a more tortured effort at equating two sides in a debate? Yeah, and he also says that many cyclists "are eco-bombastic crusaders with an ungovernable contempt for non-cycling scum." (Mr. Varadarajan, I do indeed have contempt for you, but not because you don't ride a bicycle.)

As airtight as Tunku's logic is, I must point out the tiniest of gaping holes in it: some people who ride bikes actually aren't hipsters—even in crusty, crunchy, skinny-jeaned Williamsburg and its best gay friend Greenpoint (where I live)! I know this goes against Tunku's science, but it's true. And many people ride bikes simply because they prefer to commute that way, not because they are smug, dirty hippies who calculate their carbon footprint every evening before alphabetizing their Kashi cereal boxes.

Here's why I bike: so I don't have to pay for a monthly MTA card, so I don't have to ride the terrible L train, and so I can start my day by having a good 45-minute workout before sitting down at a computer for 8-9 goddamn hours.

I don't give a crap if you drive a Prius, a BMW, or a freaking Hummer. As long as you don't hit me with it.
Posted by Tim Anderson at 1:48 PM 6 comments: 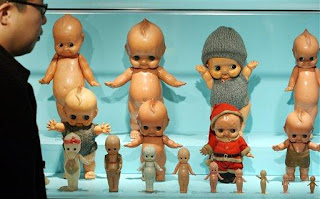 The famous Hello Kitty-Kewpie Doll rivalry has obviously gone off the rails. Kewpie, the more sinister of the two beloved cute-zilla monsters, is now upping the ante, enlisting the help of emotionally unbalanced but available fans to do its dirty work, as seen in the chilling image above of a Kewpie coterie in Tokyo hypnotizing a devoted follower with mesmeric chants of demonic and adorable evil.

This Kitty-Kewpie meow-fight is like Itchy and Scratchy multiplied by Bette Davis/Joan Crawford to the power of Sarah Palin/Katie Couric.

And Kewpie is obviously taking its cues from Ms. Palin.
Posted by Tim Anderson at 7:46 PM 1 comment: 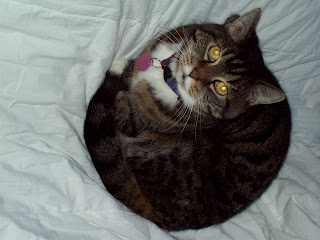 I wish I could say I'm surprised, but my cat Stella has a reputation around our neighborhood for getting wet 'n wild while we're not at home.

What did shock and sadden me, though, was the vast array of things she let Tiger do to her during their hookups: scratch her under the neck, for example. Kiss her on her wet nose. Cuddle with her in the bed. Squeeze her paws until she rasps. Feed her catnip from his buttcrack. These types of activities that all cat owners have a special and exclusive right to. Are no bonds sacred?!

Baby Jesus, please don't let there be a sex tape.
Posted by Tim Anderson at 3:48 PM No comments:

Email ThisBlogThis!Share to TwitterShare to FacebookShare to Pinterest
Labels: my cat stella 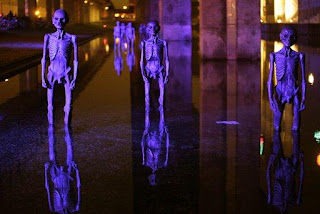 As you know, a handful of clever Republicans recently declared a hunger strike to protest Obama's socialist agenda for America and the Middle East. They stood on the Capitol steps and vowed to not eat a single crumb until Obama had solved Iraq, Afghanistan, the deficit, the mortgage crisis, unemployment, and pig AIDS without hurting small businesses. But though they were smugly confident that the White House would not let them starve, they are probably giving their whole approach to policy making a rethink. Because, see, they now have not eaten in weeks, and no one--not one single person--has offered them as much as a Hot Pocket for their troubles. Perhaps they should have organized a sit-in at the congressional cafeteria instead? (They have Freedom Fries.) Eric Cantor is starving!

Glenn Beck and Rush Limbaugh said they could not participate in the strike because they had just ordered a big tub of cheese fries when it was announced and anyway, they're just entertainers.
Posted by Tim Anderson at 11:33 PM 3 comments:

Oh, this video is terrible. And by that I mean awful. Eurovision, the annual Eurotrash song contest that gave ABBA its first taste of success in the 1970s, never disappoints in the "sequined and/or vested hilarity" department, and this year's winner, Norway's Alexander Rybak, is no exception. He's sure cute (for a fiddler), but he can't really sing and words can't really express how hideous this song is. Even by Eurovision standards this is appalling. By which I mean, obviously, that it's awesome.
Posted by Tim Anderson at 8:17 PM No comments: 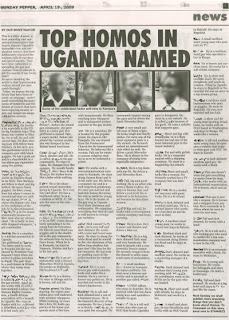 In conclusion, Rick Warren is a hog and Uganda has forever forfeited its claim to my sexy gay tourist dollars, so there.
Posted by Tim Anderson at 7:37 PM No comments: 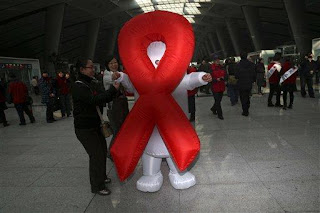 It's so sad when good ribbons go bad. I remember when the pink breast cancer awareness ribbon attacked that orphanage in Cairo a few years back. When will we as a culture realize that it's a moral imperative that we provide these overworked awareness ribbons with the support they need before they snap and go nuts at a train station in Beijing?

Someone really needs to do something before a lonely and desperate Livestrong bracelet blows up a wedding in Tucson.
Posted by Tim Anderson at 3:21 PM No comments: 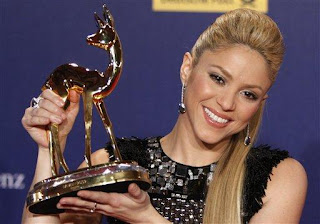 Shockingly, she lost the award for Most Creative Use of Niplets to Angela Merkel.
Posted by Tim Anderson at 10:45 PM No comments: