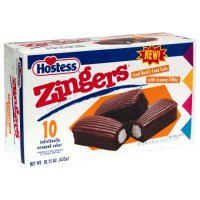 Jeepers, Gail Collins is on fire in her column "Bring on the Rubber Chicken" (real title!) in this morning's New York Times.

She starts by referring to President Cipher's address to the nation last night, saying that

the whole event had a kind of unreality to it, since Bush has arrived at that unhappy point in American public life when a famous person begins to look like a celebrity impersonator.

So rude! Then she quotes Vice Presidential nominee Sarah Cipher at length, introducing the passage thusly:

"Or, as Sarah Palin told Katie Couric on CBS News last night: 'Not necessarily this, as it’s been proposed, has to pass or we’re gonna find ourselves in another Great Depression. But there has to be action taken, bipartisan effort — Congress not pointing fingers at this point at ... one another, but finding the solution to this, taking action and being serious about the reforms on Wall Street that are needed.'

So say we all.

As they say in the comic books: wham! Then she sets her talons on Grandpa McCain, who yesterday bizarrely suspended his campaign with the bloated emptiness of the following statement:

“Following Sept. 11, our national leaders came together at a time of crisis. We must show that kind of patriotism now.”

In deference to the current emergency, we will refrain from pointing out that when our national leaders came together following Sept. 11, the results were, all and all, worse than if they had stayed home.

Whoop, whoop! And finally, just in case you thought that Gail would conclude with a liberal reacharound for Obama (FYI: liberal reacharounds always take place at the New York Times; conservative reacharounds always take place in the Minneapolis airport bathroom), she has the following to say about Our Barry, who yesterday commented that “If we [Congress] get consensus and everybody is popping Champagne, then I’ll probably go back to campaign with folks who are having a tough time in Ohio and Michigan”:

This seemed like an overly casual way to avert economic catastrophe. Since the people of Ohio and Michigan have been visited by a presidential candidate virtually every hour for the last six months, it would seem that they could get by on their own for a day or two.

Someone give this woman a call-in show!
Posted by Tim Anderson at 12:47 PM