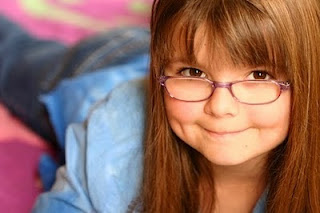 Oh, you guys know you've missed See Tim Blog's self-hating Sarah Palin coverage. For years we here at STB have provided you with the best unadulterated Palin porn the Internet has to offer, and ever since she sadly announced she wouldn't run for president of the United American States of Alaska it's been a challenge to keep the coverage coming, because what are we supposed to do, stop the presses whenever her mouth-breathing husband decides to endorse Newt Gingrich for dog catcher or one of her daughters decides to get plastic surgery to look less like a Palin? No. We will not stoop so low. We want the real deal, and if Sarah ain't talkin', don't come a' knockin'.

Anyway, it's been a while since we've checked in with Planet Palin, but every so often some idiotic drivel seeps out of the mouth of our favorite hair weave model and plops onto our internet screen here at STB HQ that absolutely must be blogged about lest it be lost to history forever. Herewith, I present you with some words Sarah Palin said to some Fox News toady or other in response to a question about hideous elephantine ball sack Newt Gingrich:

“They maybe subscribe such characterization of Newt via words like that, but they don’t subscribe those to say Mitt Romney when he or his surrogates do the same thing. That’s that typical hypocrisy stuff in the media you know I’ve lived with over a couple of decades in the political arena,” she said. “It is hypocritical of the media to subscribe to one candidate and not another, that kind of ‘angry attack muffin’ verbiage to one and not the other.”

I ask you, dear readers, would knowing exactly what question was posed to Sarah Palin before she began moving her lips to attempt pronunciation of these words make the resulting sentence any more coherent? No, that's why I didn't bother to look the question up. That's how easy Sarah Palin makes it to blog about her. She's a real time saver.