My iPhone Camera Will Not Be Denied: Folsom Street Fair East, NYC 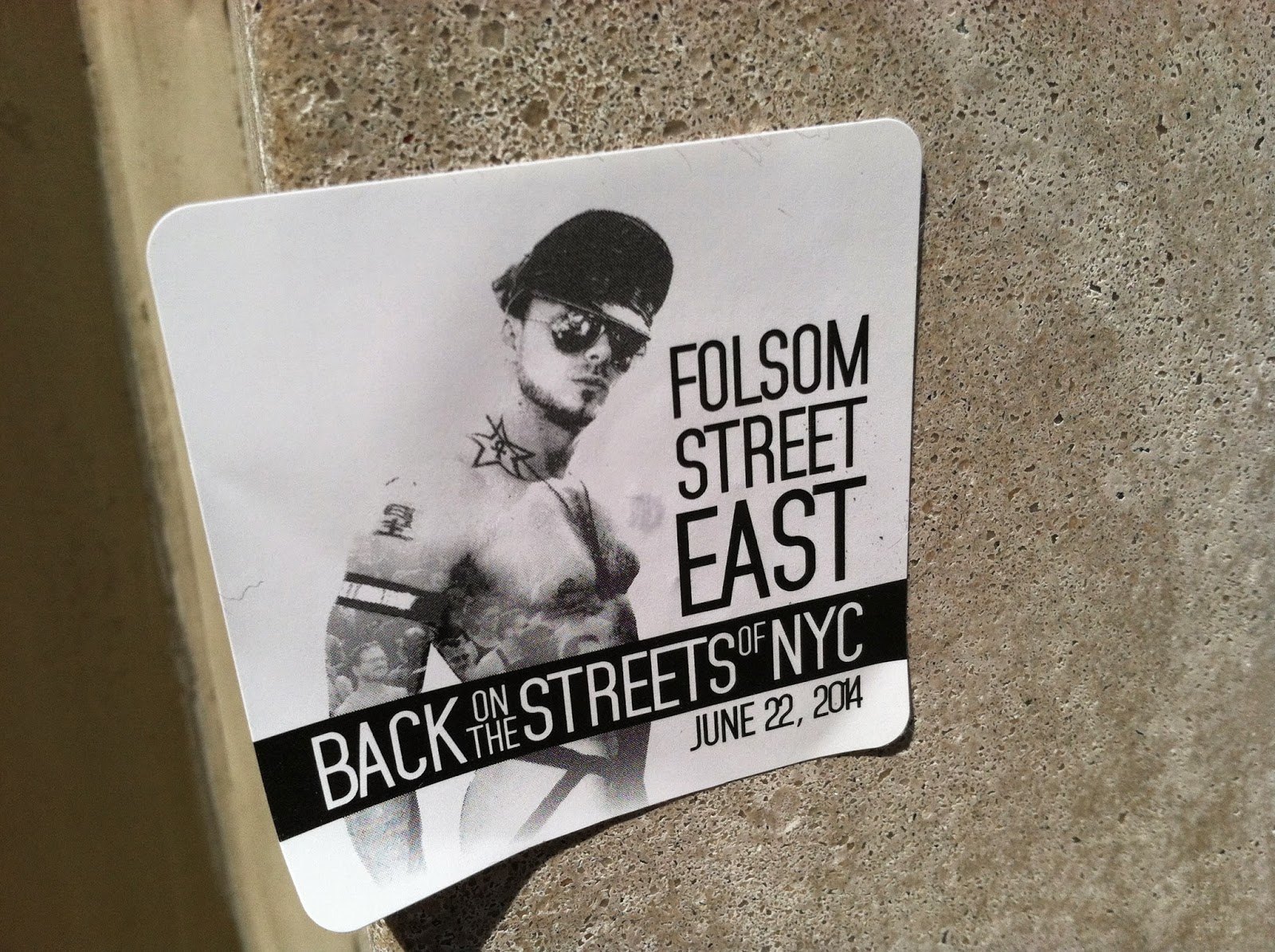 Folks, do you ever wake up on Sunday morning and think, "I just don't feel gay enough?" Or "You know, it's a white hot sunny day, it'd be great to see some barely clad old men in leather"? Or maybe just "butts"? It happens to the best of us. In fact, I was thinking all three of those things and more when my cat Stella woke me up this morning by slashing me across the neck. Thankfully, today was the Folsom Street East leather fantasia in Chelsea, NYC. When I found out it was happening, I rode my tricycle up yonder and took some photos so you wouldn't miss out. You're welcome.

First thing I should say is that I really gotta stop running into my ex like this. 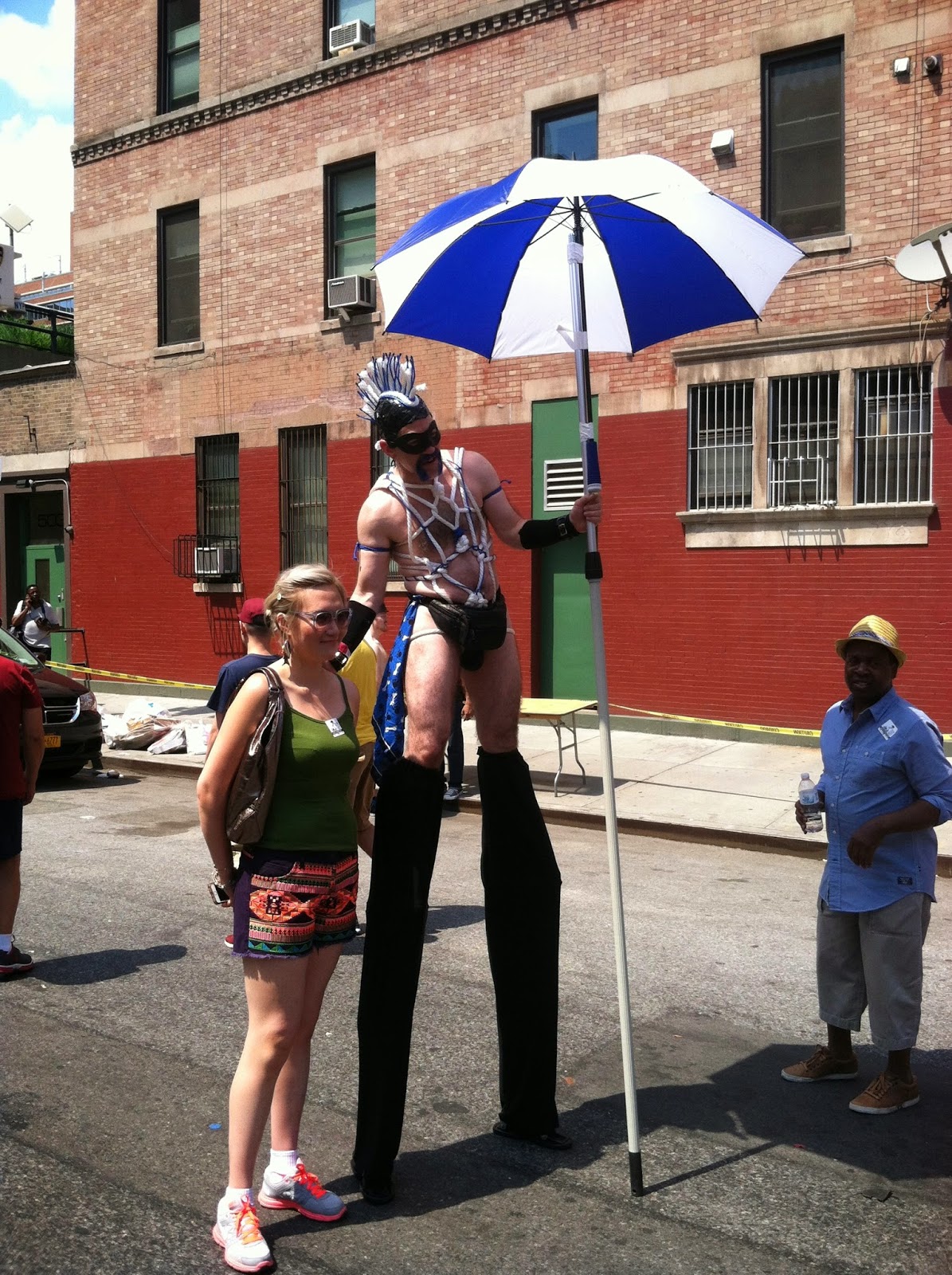 What's even more awkward is that we were wearing the same thing. I KNOW! 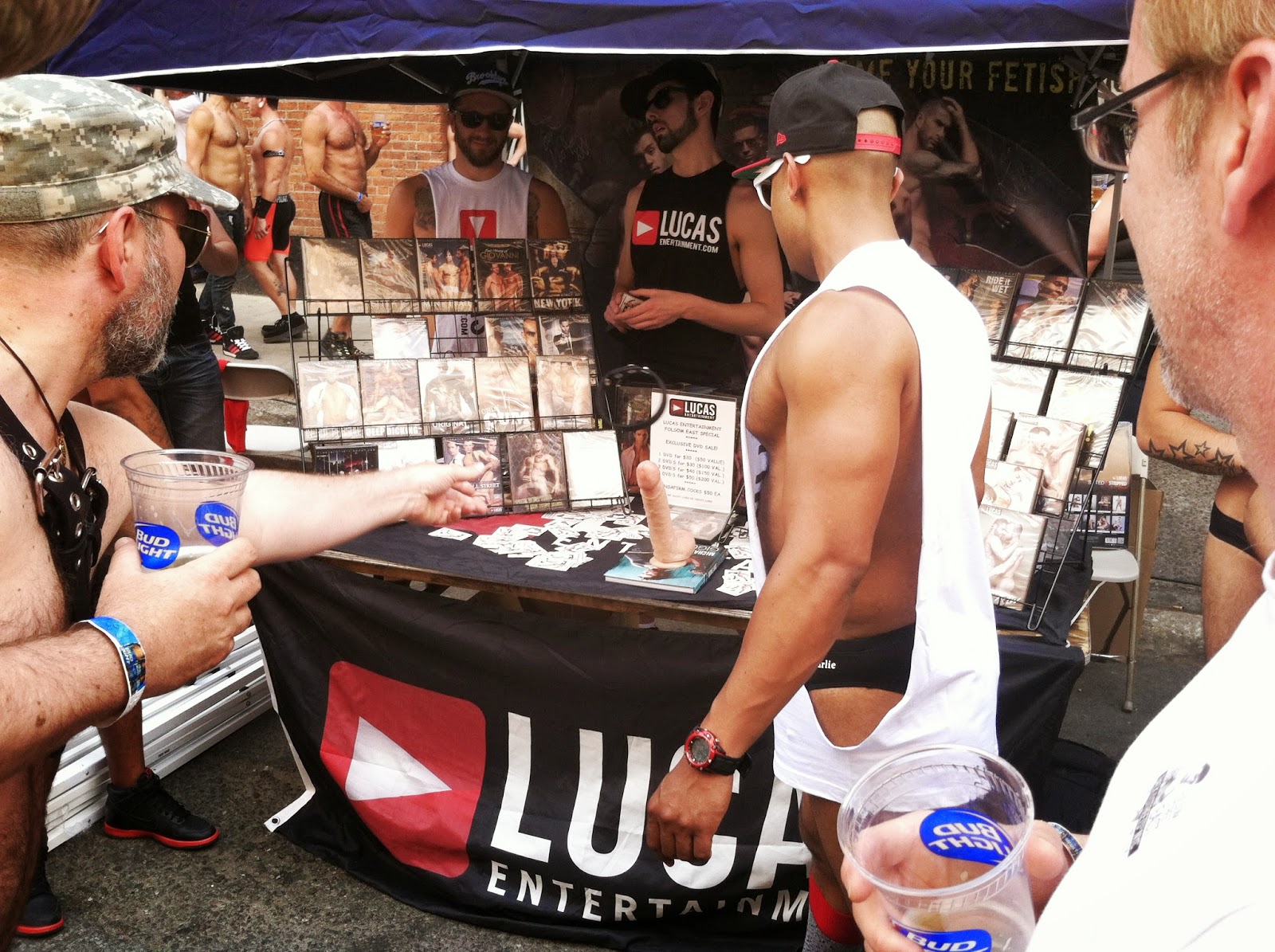 You guys, there were also some branded Lucas Entertainment boy toys on hand to be photographed, so I did that. 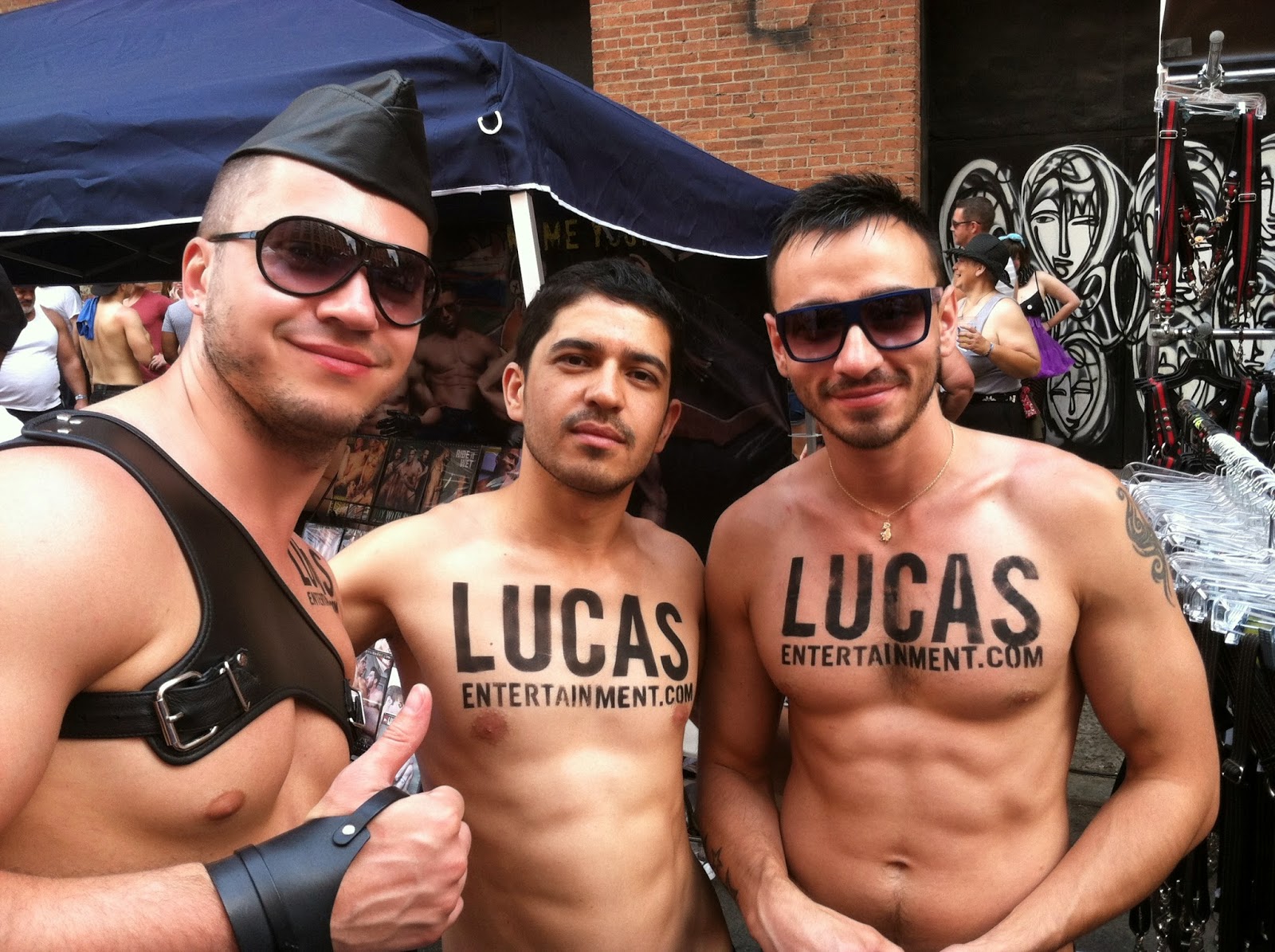 And lest you think things weren't freaky deaky enough, here's a nice young man with a snout. 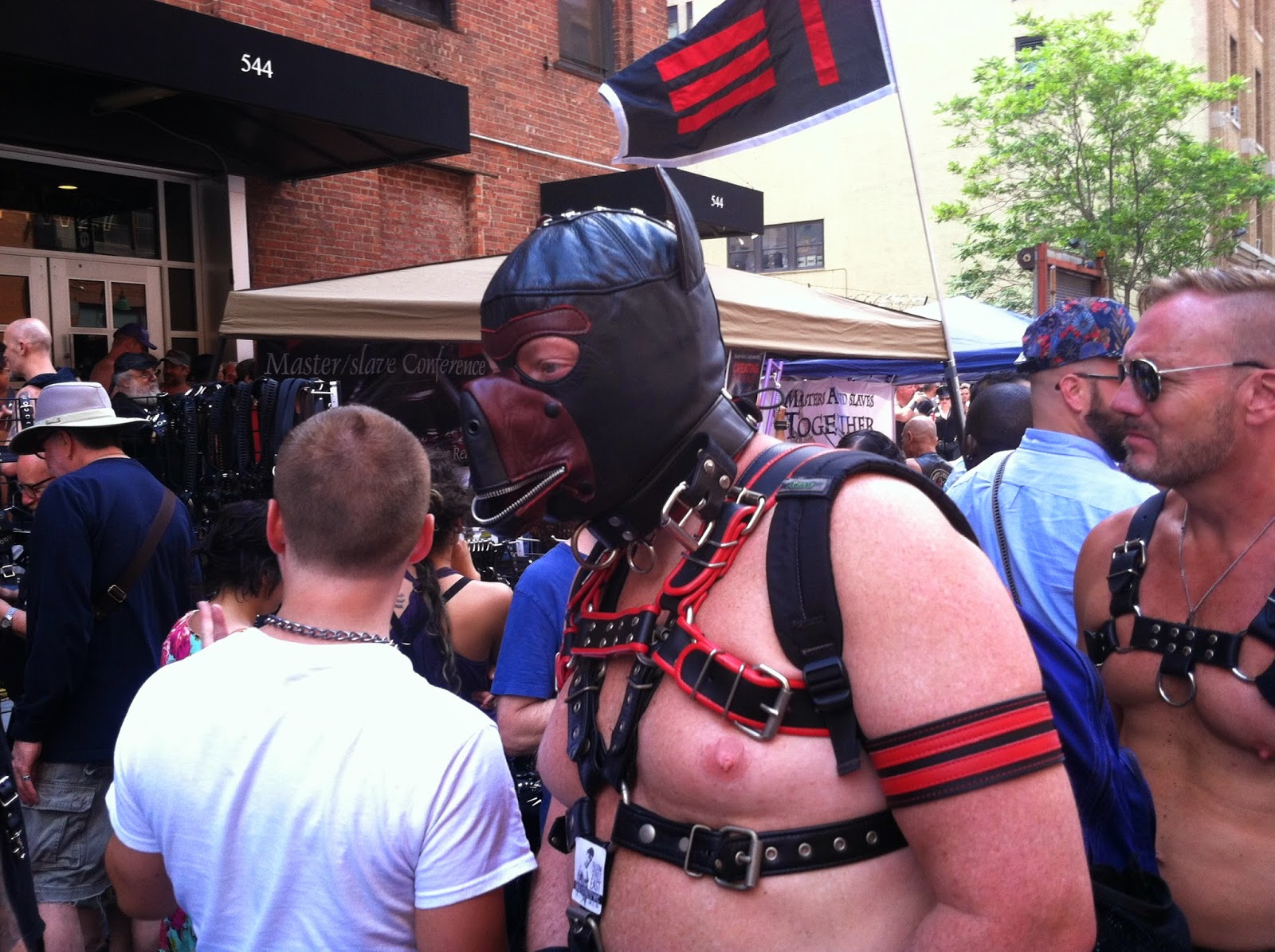 There were some great amenities, too. Like this one, where a brother could get his patent leather knee-high boots shined like a boss. 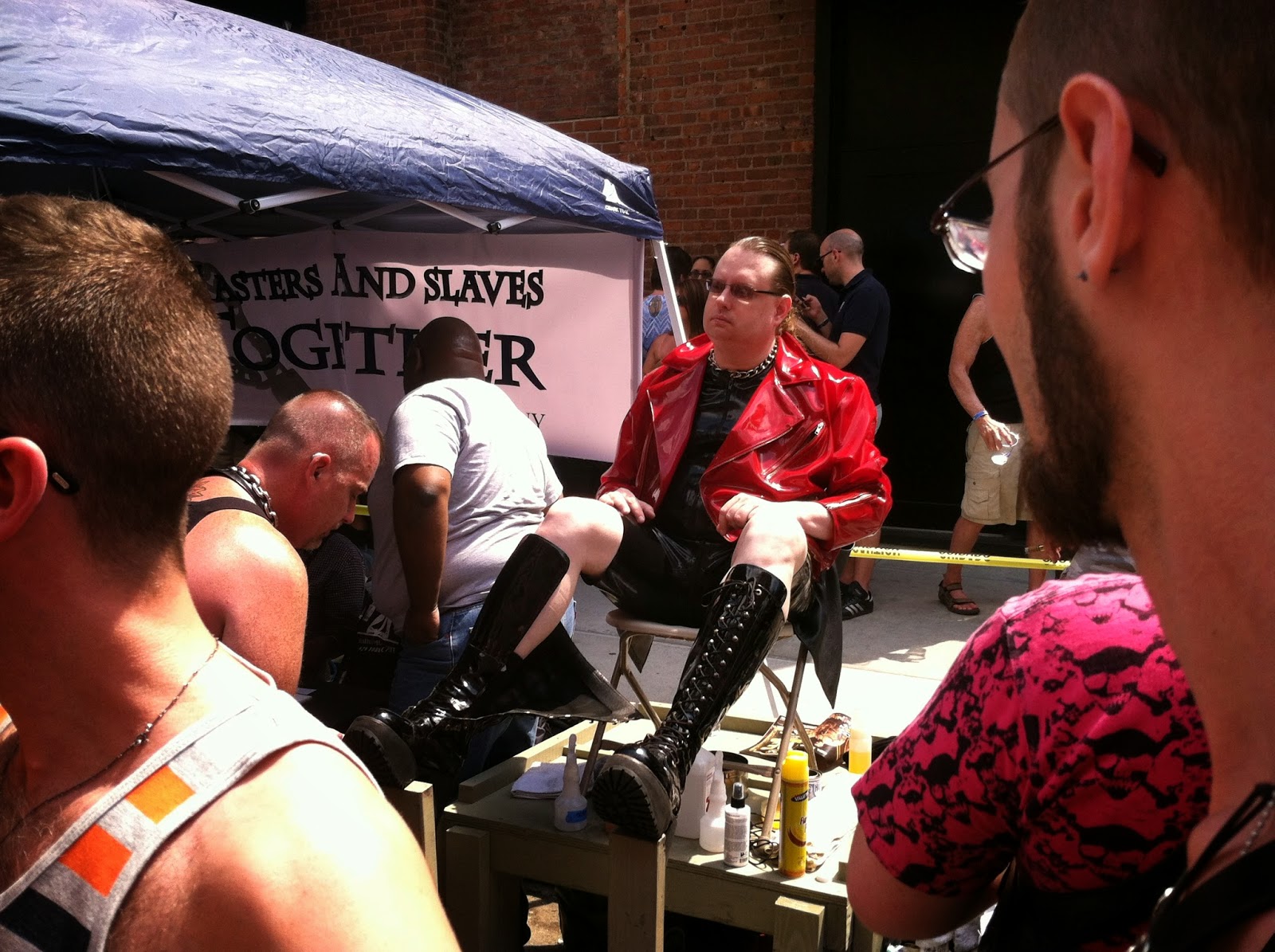 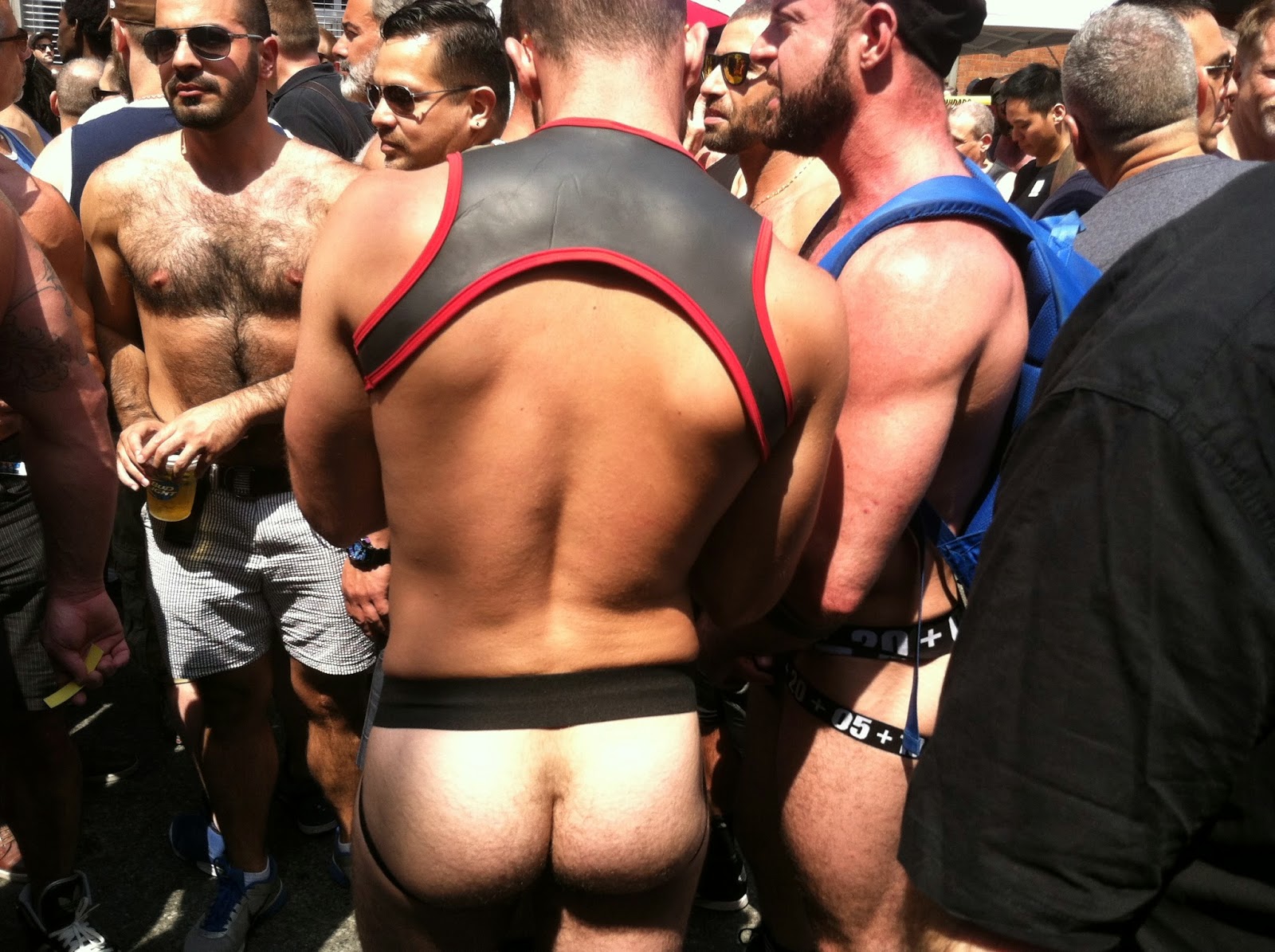 This shot looks a little more hostile than it actually was. They were nice! 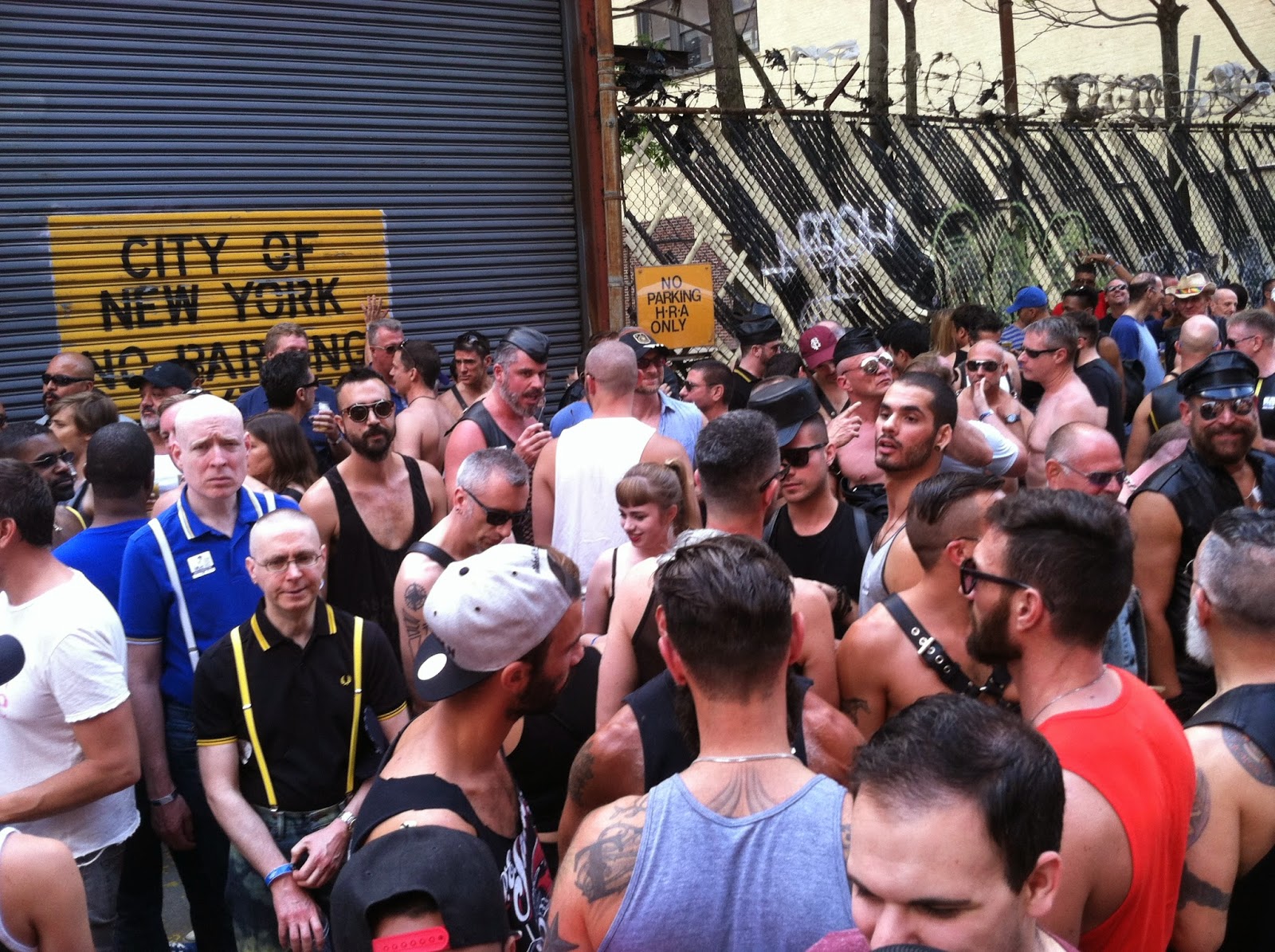 The crowd was balls deep. 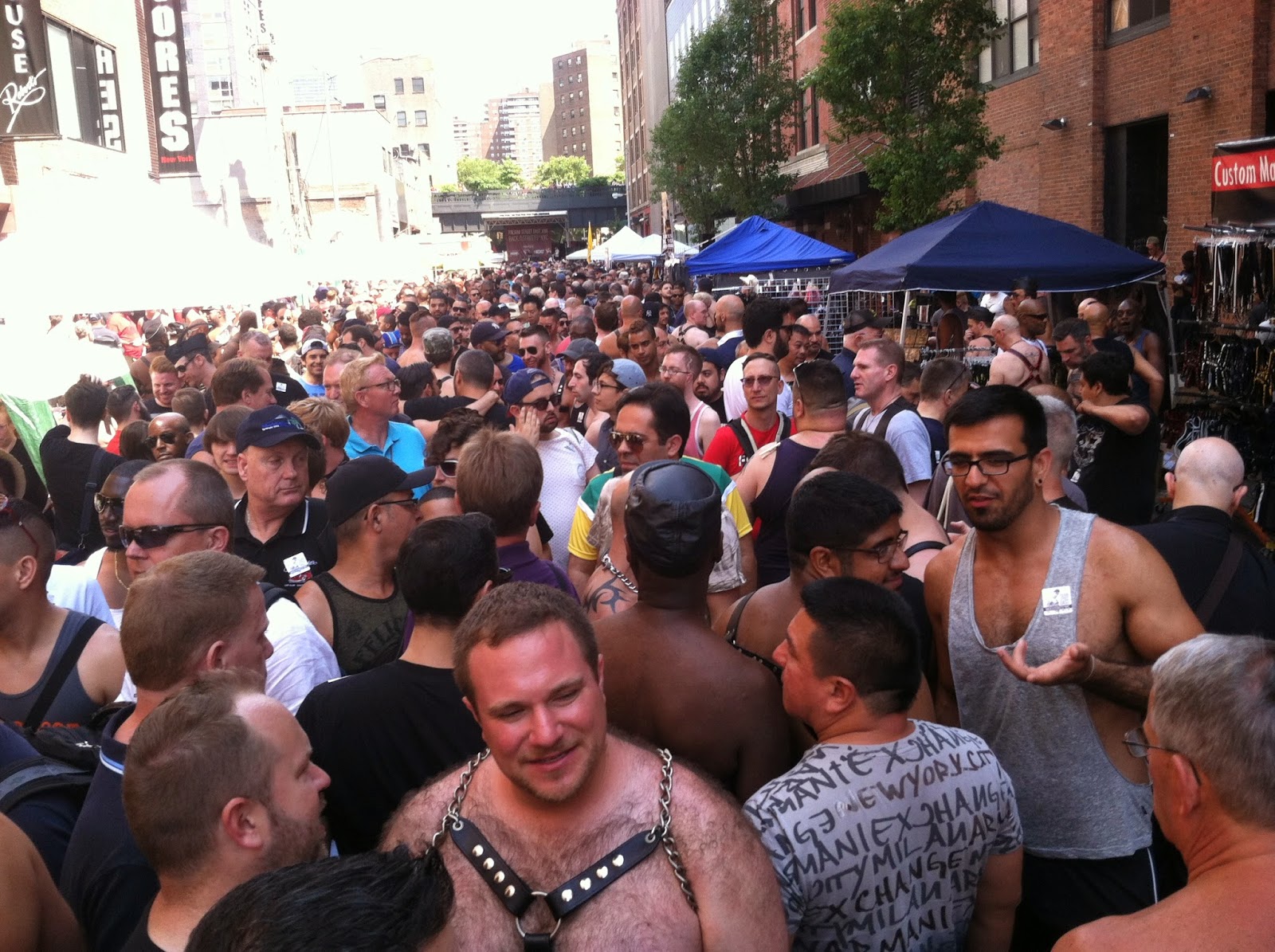 I don't know about you, but I'm hungry for some sausages now. Oh look. 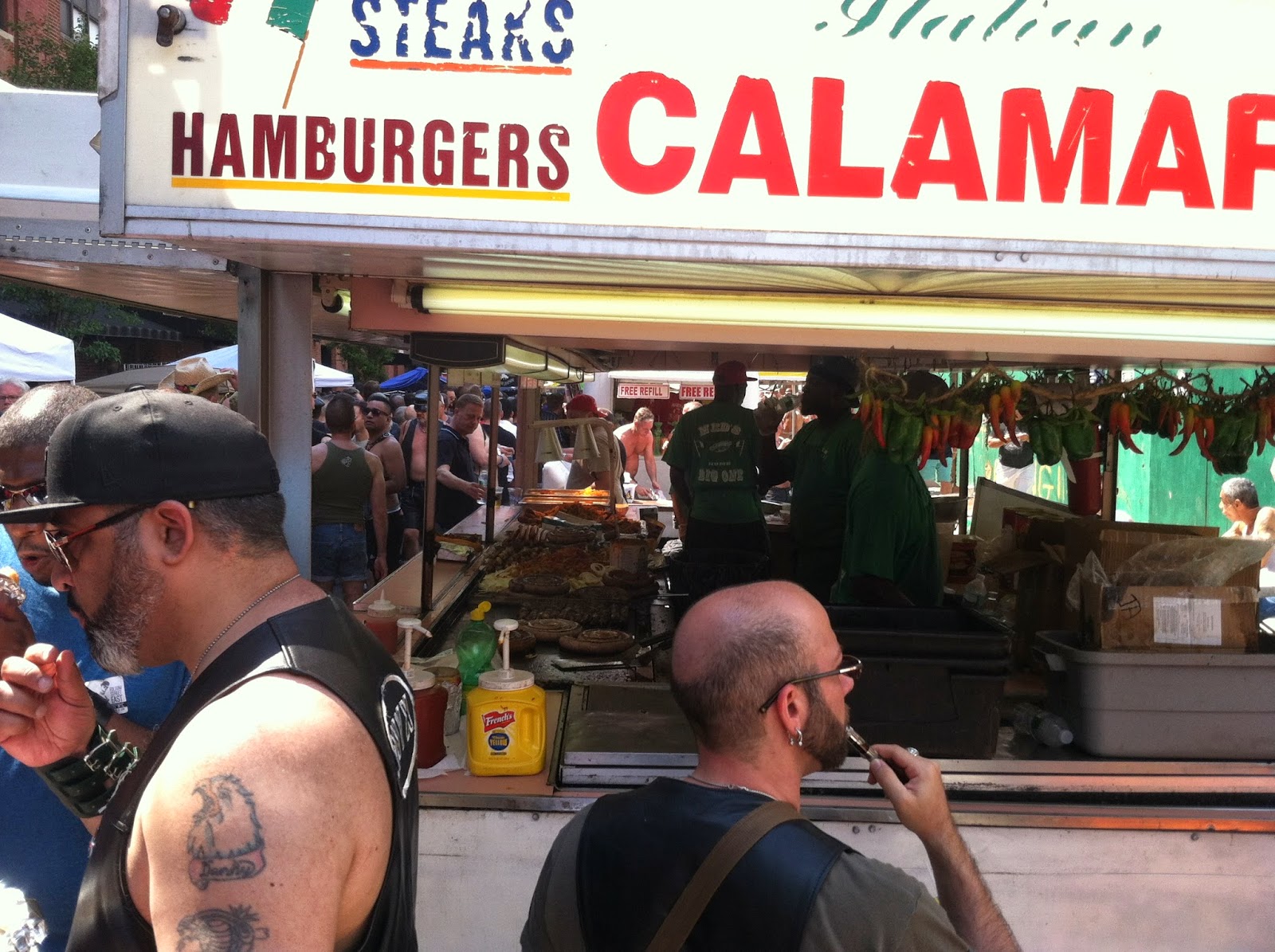 I'm not actually sure what this guy's animating issue was, but he's a "bitch" and a "master," so who am I not to take a picture of him? 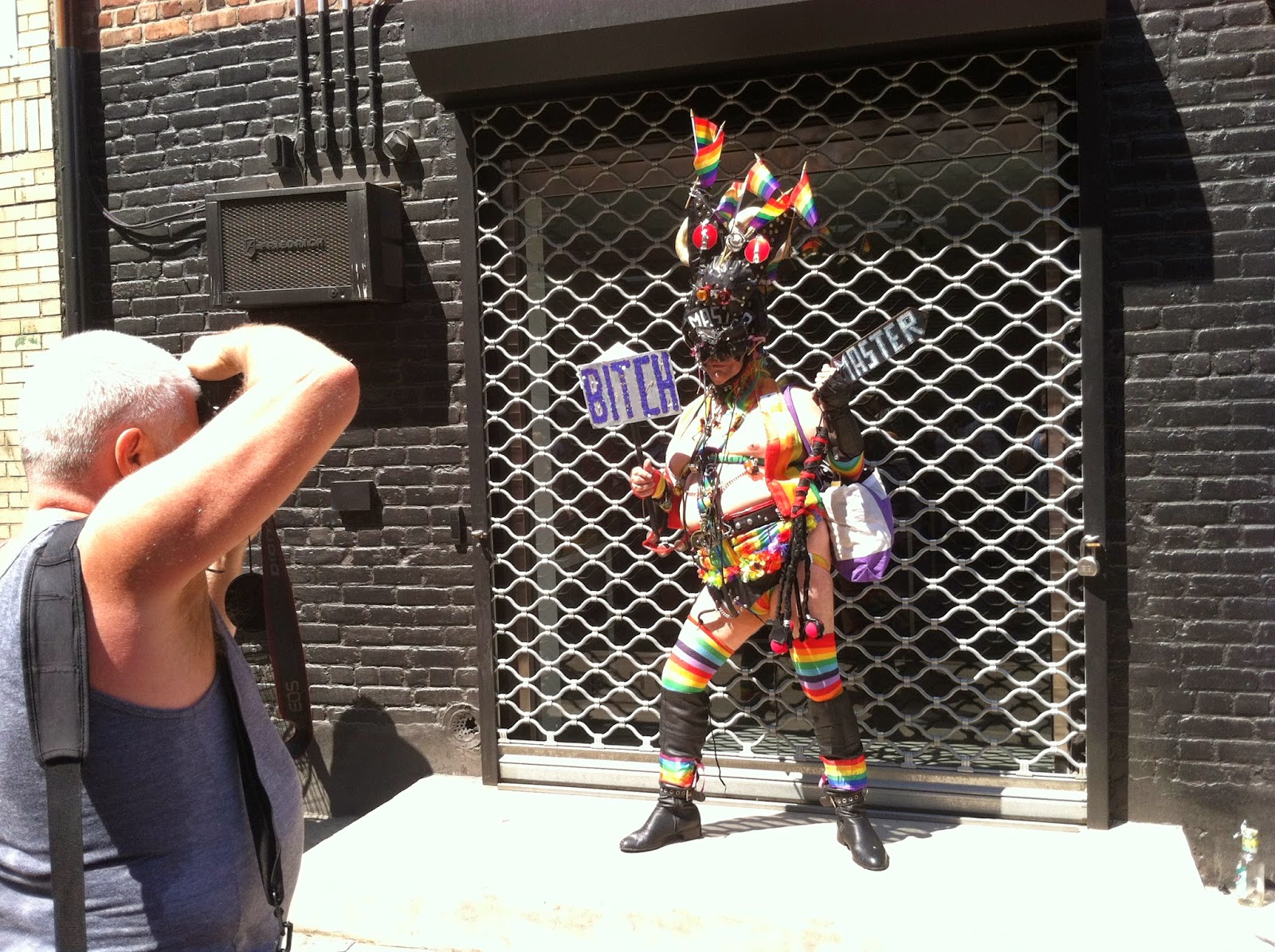 On the stage were a fun queen, a dude in his Sunday best, and an interpreter for the deaf. So much like my wedding reception. 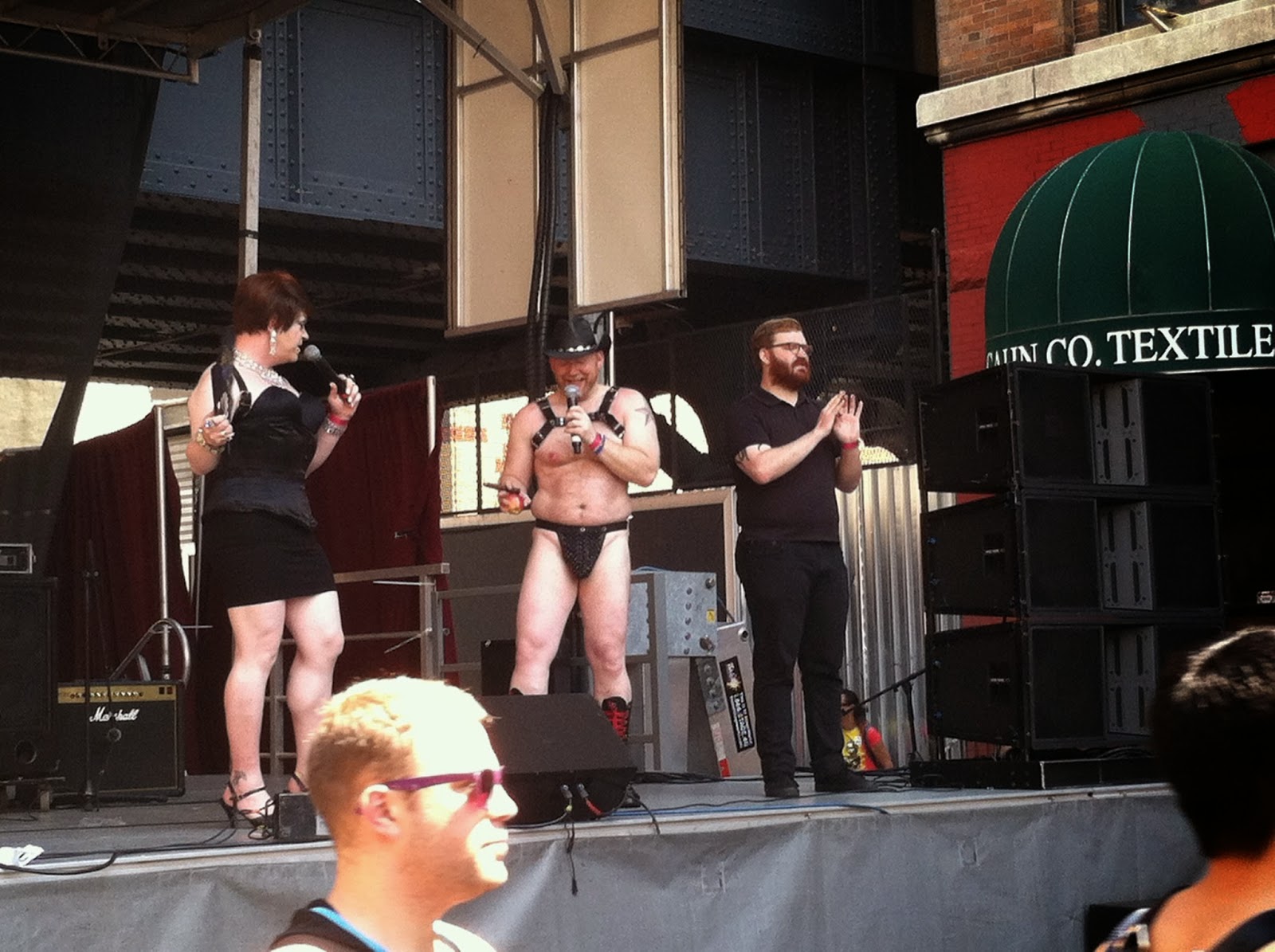 In conclusion, I'll leave you with this one of my new friends who agreed to pose for me. I don't know their names, but in my defense, they don't know mine either. 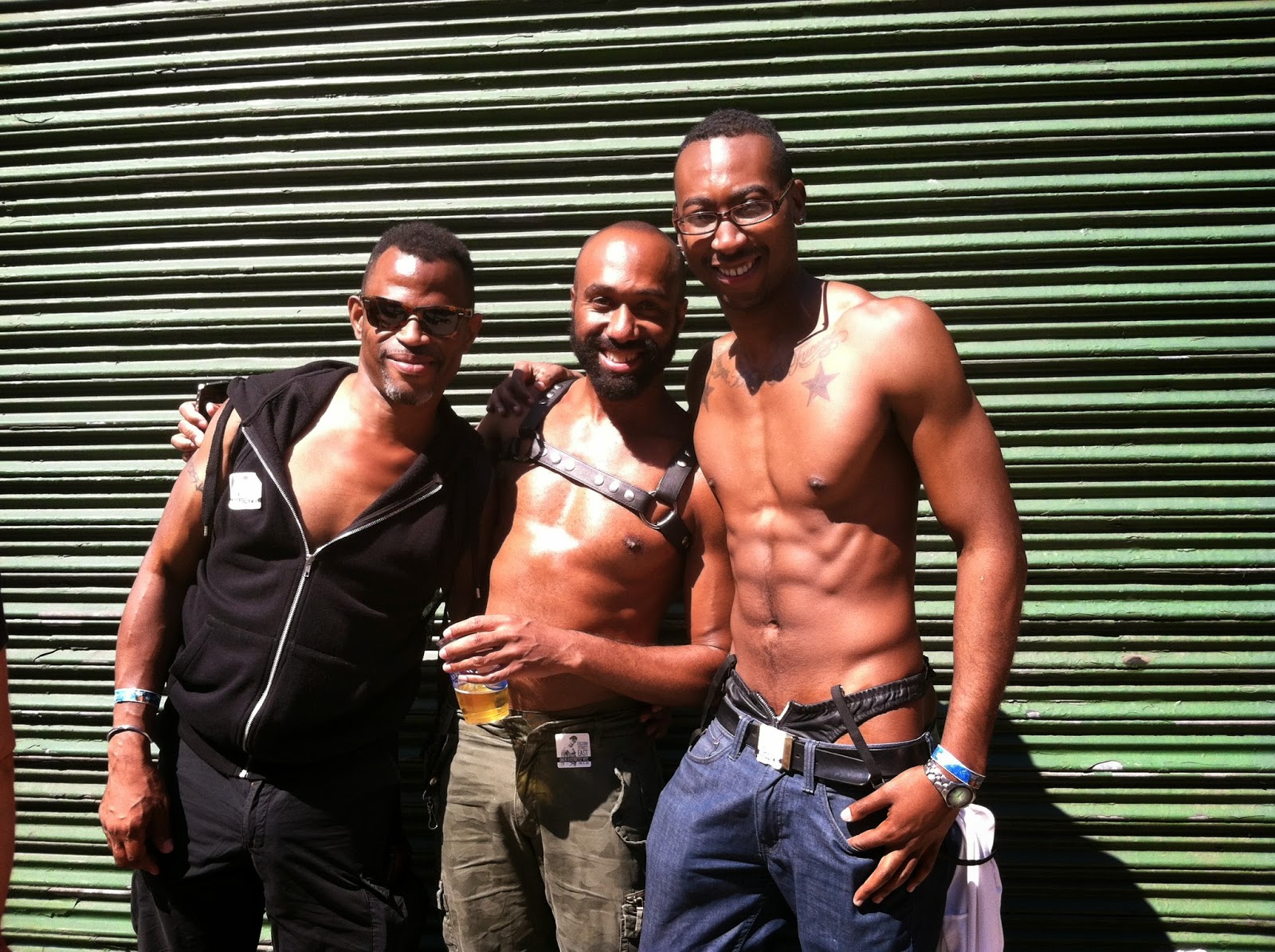