My Cousin Is Famous for Loving Hillary Clinton, You Guys 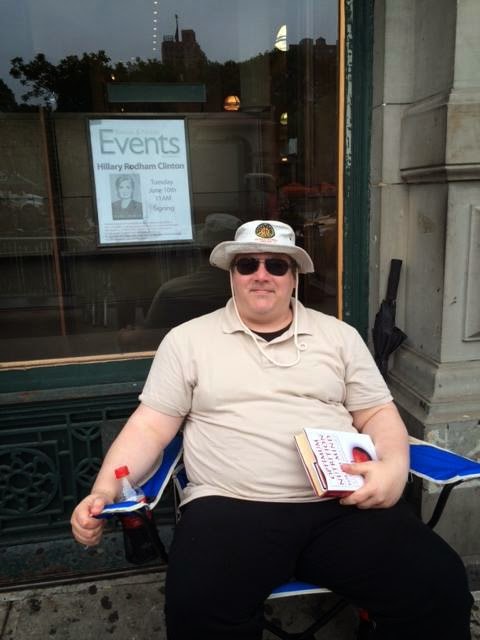 Folks, my cousin Sean Brennan has just endured his (first) 15 minutes of fame for being the very first person in line at the first stop on Hillary Clinton's book tour, the Barnes and Noble in NYC's Union Square. He's been all over the news (seriously, Google him), interviewed by everyone from ABC to another ABC to Yahoo Finance to the UK's Telegraph to National Journal to Business Insider to NBC Chicago. (Sean, I wish I'd known you were doing this, I'd have given you a copy of Sweet Tooth to hold up for all the cameras.) He lined up at 2 pm on Monday and a mere twenty-some-odd hours later, in walks Hillary to say hello.

Take a look at this awesome photo of Sean getting down to the business of telling Hillary that, seriously, she needs to run for fucking president. I love his stance--hands on the table as if he's giving her an offer she can't refuse (that offer: unbridled adoration, which it appears she, in fact, did not refuse). 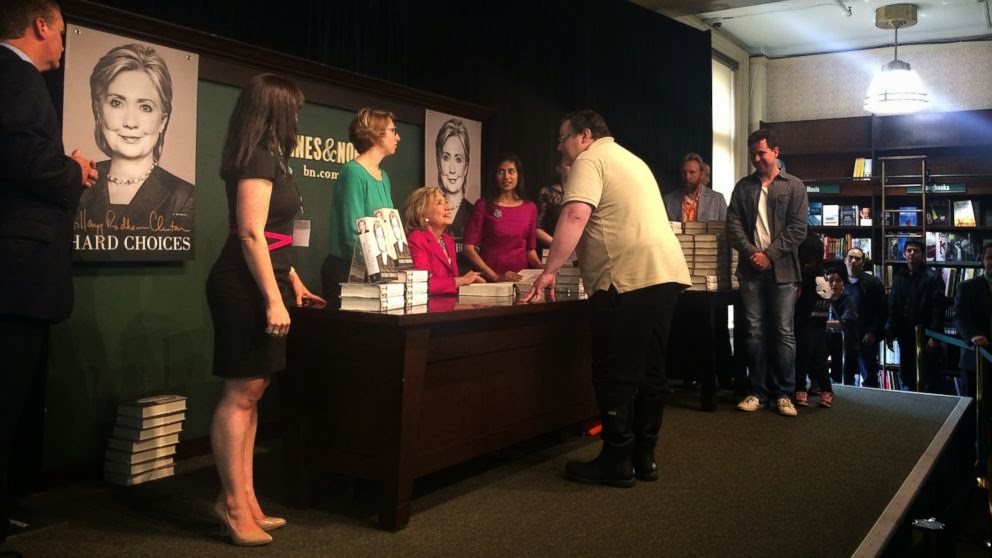 Well done, Sean! You know my mom's gonna be so conflicted when she hears about this...