Richard from Lost: Still Fully Clothed After All These Episodes

Bad news, Lost fans: it is becoming increasingly obvious that the writers of this show will never ever be able to resolve all of the mysteries they've presented us with. Sure, they've (kind of?) explained the smoke monster, but what about the other monster, the one with real teeth, who killed and ate the pilot in the, er, pilot? Have they explained that? (Maybe. I have no idea.)

Another mystery it is becoming increasingly clear that the creators of this excellent series will never clear up is what Richard, the Island God of Eyeliner, looks like without his shirt on. It pains me to type those words, because I know that each and every one of us diehard fans have been waiting for answers to this one. Still, it appears that such is the case. Last night's episode was a Richard-palooza—the entire hour was his and his alone—and still there was not a nipple, no furry stomach, no bulging unbridled man-muscle in sight. There was one scene where his shirt was unbuttoned to the naval navel, but that is small consolation.

So I am now having to take matters into my own hands. If the folks at Lost headquarters are not going to provide us with the closure we need on this most pressing of issues, I will do my best to do my duty to do it for them. I've just completed some extensive journalistic research and am happy to report I've found some answers that, though they may not be 100% true, are probably true enough. We will NOT be cockteased anymore. If the health care bill can pass, Richard can take his goddamned shirt off. See below for the Internet's hottest-ever online gallery. 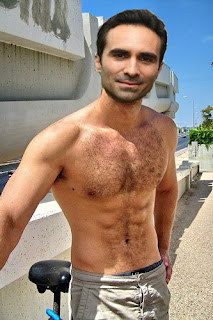 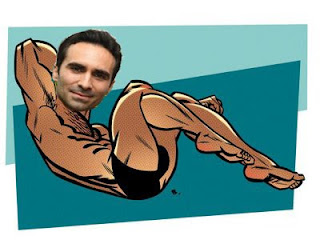 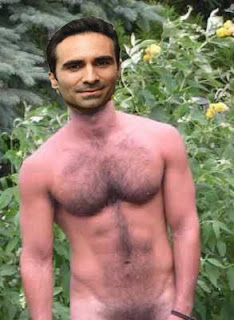 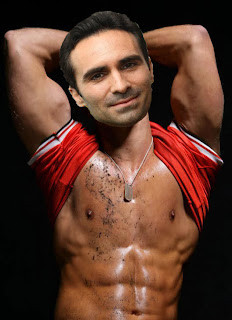 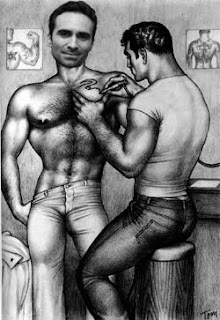 Down to the "naval," Tim? The navAl? You mean just above where he keeps his sea men?

Does it count as a double entendre if it was a mistake?
Ha. Sea men.