My Camera Phone Will Not Be Denied: The Thing at the Landmark Loews Jersey Theatre 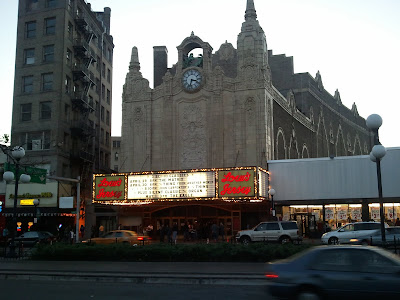 It's been a while since Jimmy and I were back at the Loews Jersey Theater in Jersey City, but put in an appearance recently to see John Carpenter's The Thing, because who doesn't want to watch bubbling, mucousy, multi-headed humanoid creatures square dance with Kurt Russell in Antarctica on the big screen?
Also, as an added bonus, in the lobby of the theater there was an exhilarating display of items from Thing-Fest, which is, apparently, a convention that exists somewhere. There was lots of sexy stuff, which I have photographed for your viewing pleasure. 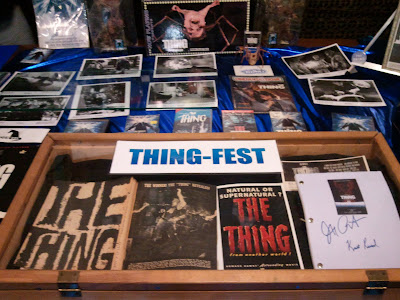 Lots of collectibles here. The thing on the right is signed by Mr. Russell himself. 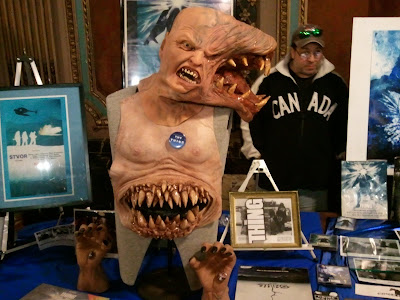 The guy in the Canada jacket is not part of the display. 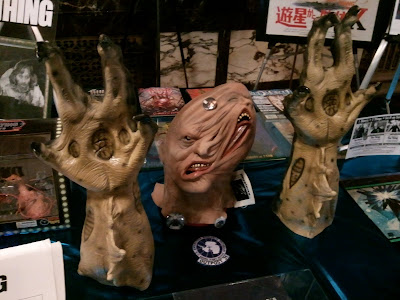 Insert obligatory "I didn't realize my ex-boyfriend was going to be here" joke here. 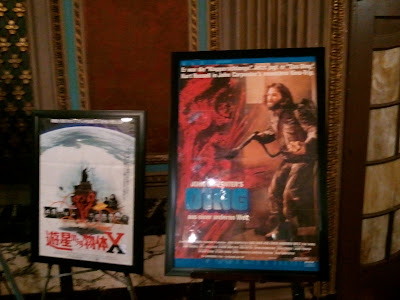 Yep. In Germany, they call it Das Ding, which is also the name of the "student film" I did when I was in college. 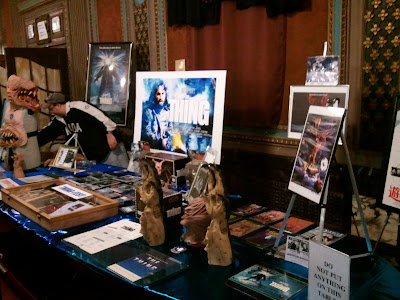 Whoever was in charge of this display completely ignored the sign on the right. 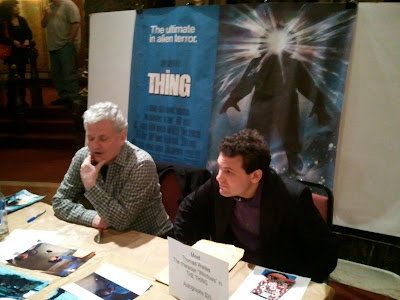 Thomas Waites, left, who played Window, was on hand (with his son?) to sign prints and paraphernalia for the low low price of $20.
Posted by Tim Anderson at 5:33 PM

you're a straight NERD...well, I guess technically you are a gay NERD...
LOVE YOU!