My Camera Phone Will Not Be Denied: Book Expo 2011 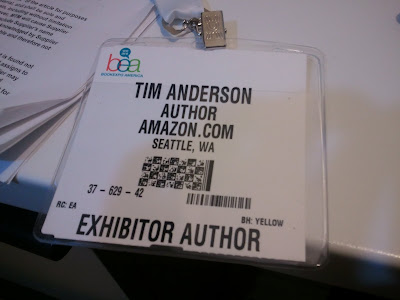 Since the big rapture DJ party didn't happen on May 21, Book Expo of America 2011, the publishing industry's annual smut festival of doom, went on as planned this week at the Javits Center in NYC with all of its scheduled special guests. This year they included Jane Lynch, Julianne Moore, John Lithgow, and probably some other people, all appearing to meet their fans among the disgusting and depraved book people in attendance from across the globe.

Also! This year, unlike previous years, I was at Book Expo not just as an (un)official BEA photographer but also, thanks to the good people at Amazon, as an author OMG! Yes, as I mentioned previously, next fall Amazon Encore, an imprint of Amazon Publishing, will be publishing my book Tune in Tokyo: The Gaijin Diaries, which I self published last summer, and to celebrate their growing publishing program they invited all of their authors to come to Book Expo and look sexy/tired. So on Tuesday I trolled on over to the Javits Center and got my Exhibiting Author badge, above for your viewing pleasure, and started exhibiting myself all over the damn place.

Onwards to the hot pix. Warning: they are often blurry. 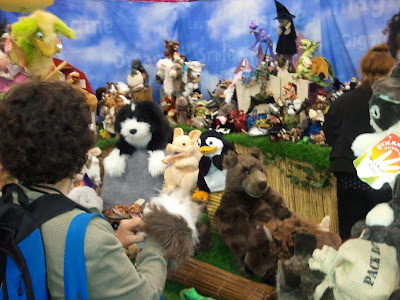 I don't know what booth this was, but it's impossible for me not to take a picture of a table full of adorable stuffed animals. It's why I always get kicked out of FAO Schwartz. 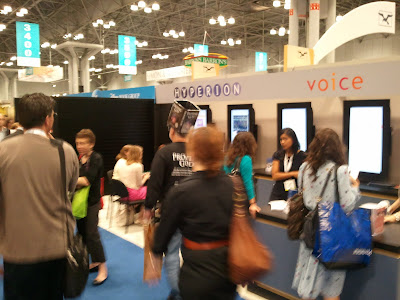 This fancy gentleman is walking around with a box on his head pimping the book Proving God. Glad I decided not to wear mine. 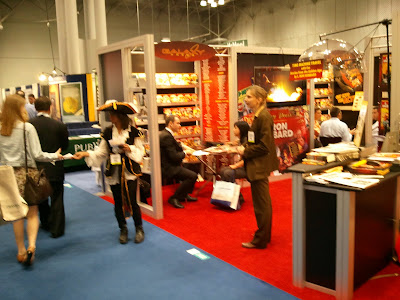 Good Lord, Scientologists are weird. There was a poor girl, obviously kidnapped, dressed as a pirate and forced to hand out flyers at the giant L. Ron Hubbard booth. Right after I took this picture, the blonde woman on the right looked over at me with an expression that said, "I am going to eat your face." I returned her hungry gaze with my own that said "I will not let you eat my face." 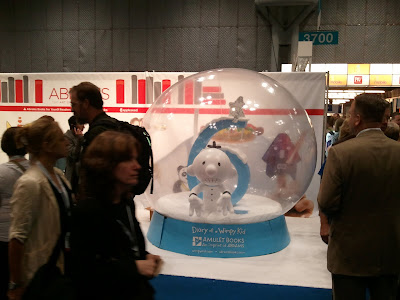 Look at this photo of the Wimpy Kid sitting in a large snow globe surrounded by dark figures who don't seem to even notice him. I mean really look at it. It's saying something, isn't it? 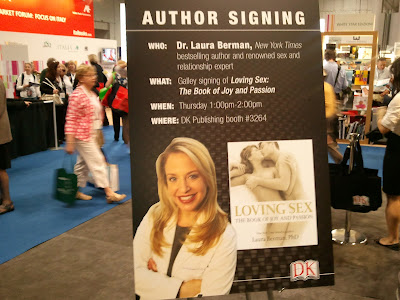 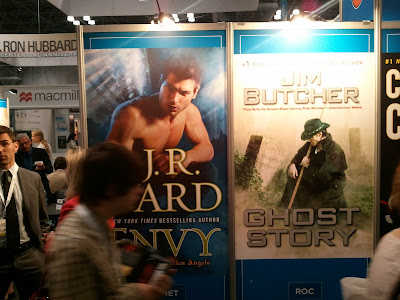 Winner of the Hottest Promotional Book Poster Award is up there on the left. 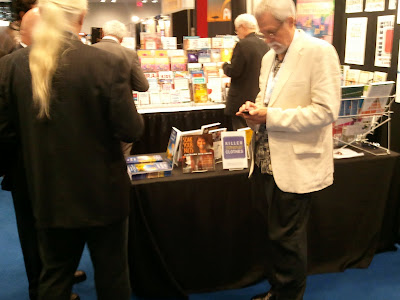 I'll give you three guesses what the title of the book in the middle of this picture is. 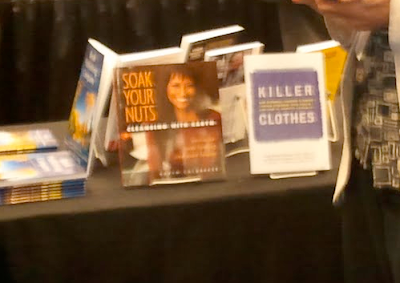 Pretty sure you didn't guess that right. 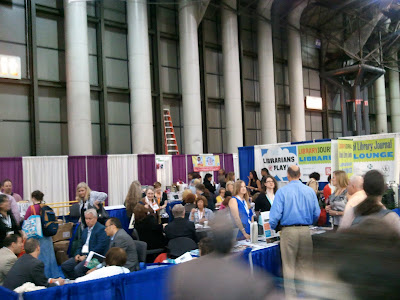 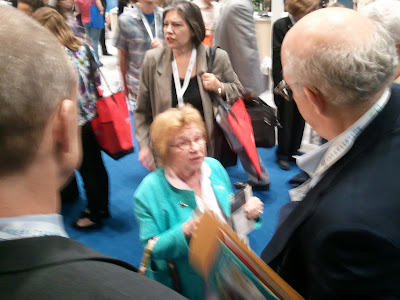 Just when I was giving up on seeing any celebrities, Dr. Ruth shows up at the Amazon booth to talk to Larry Kirshbaum, who has just been named vice president and publisher of Amazon Publishing's New York office. It took me a few tries, but I got my photo. She's very small and blurry. 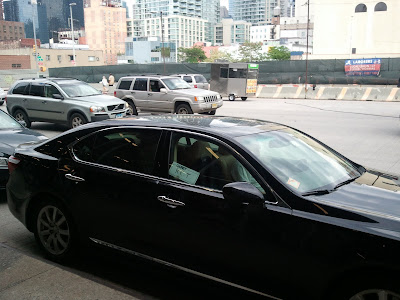 Then, right after seeing Dr. Ruth, I walk outside and see this car that appears to be waiting for Ice-T. Did they write a book together? 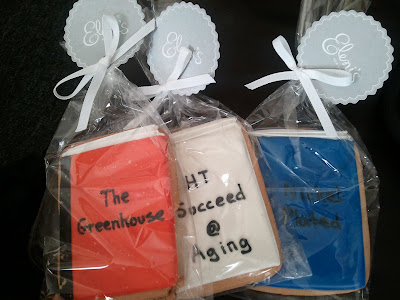 Up next: the Amazon party at the Press Lounge! Above are little cookies with the titles of Amazon books on them. For some reason mine wasn't included (I was a late addition to the author list), which is sad because my book is delicious. 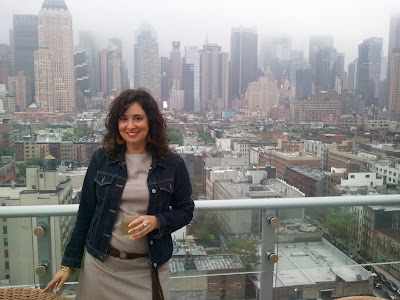 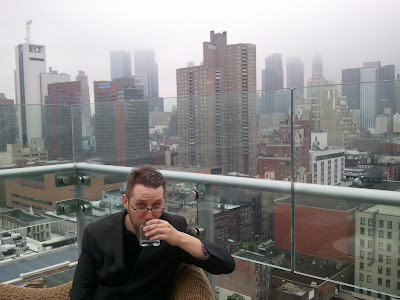 Me trying to get enough booze in me to get up the nerve to talk to some of these people. 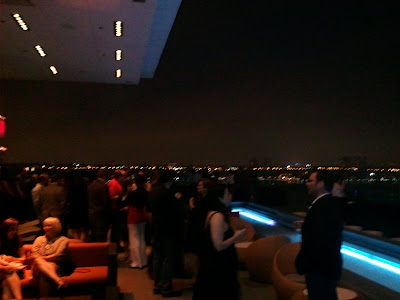 The view from the Press Lounge's veranda. 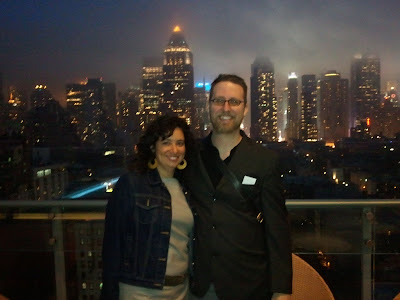 Me and Alyson with any increasingly distopian midtown behind us. 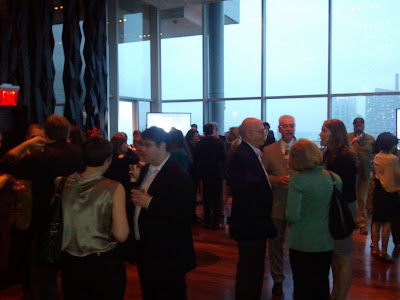 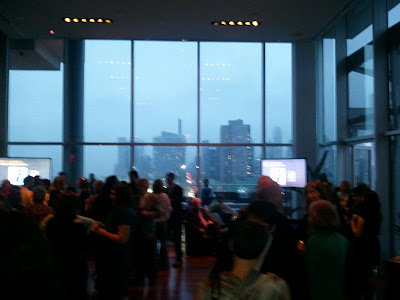