Face to Facey with Tracy Tracy: The Primitives at The Bell House, Brooklyn 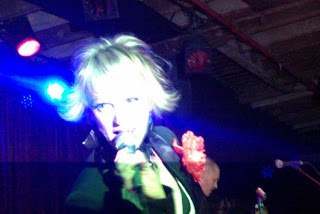 Folks, I'm totally gay for the Primitives, so be warned: I'm about to be a big old nellie queen. I don't know when I last had such an awesome time at a show. The packed audience was full of die-hards, the band looked and sounded awesome (after several technical difficulties during the first few songs), and my dumb Droid camera phone was working.

It's not often that you get to see one of your favorite British bands from your high school days playing a 150-person venue. Echo and the Bunnymen are too busy playing Madison Square Garden. The Smiths and Siouxsie and the Banshees are too busy hating each other. Joy Division are too busy being 1/4 dead. But the Primitives--who shone brightly for a few short years in the late '80s/early '90s--brought their adorable selves to Brooklyn last Saturday to play the ONLY American date on a "dipping the toe back in" reunion experiment that will hopefully be expanded to include a new album and lots more touring!

First, the obvious: Tracy looked awesome. She's short! But she was hot stuff, with charisma to burn. (Laurie, she looked like Aunt Charlotte! That's right, readers: Tracy Tracy from the Primitives looks like a younger version of a glamorous, sexy Georgia farm girl who now lives in Alabama.)

They played all the greats: Stop Killing Me, Really Stupid, Crash, Way Behind Me, Thru the Flowers, Buzz Buzz Buzz, Sick of It. They got off to a rough start when PJ Court's guitar kept going dead (or something). At one point they had to stop a song and Tracy said she was probably going to need another Jack Daniels soon. A fan dutifully brought her one a few minutes later. PJ and the sound folks mucked around with the amps and such for a few more minutes and someone finally said good-naturedly "Nobody cares how the guitars sound." Which was sad for PJ!

"But I care!" Tracy gasped.

A short time later they were back in the saddle and a short hour and change later my teenage years were finally brought to a satisfying conclusion.

And even though I was saddened by guitarist PJ Court's choice of hairstyle, that is pretty much my only complaint. Except that they didn't do more than one encore, WTF?! 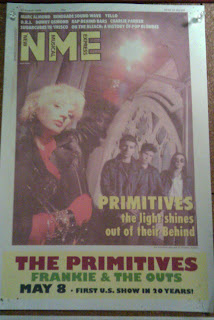 I snapped this photo right before a quietly rabid fan delicately and nimbly removed the thumbtacks from the poster and stole the damn thing. 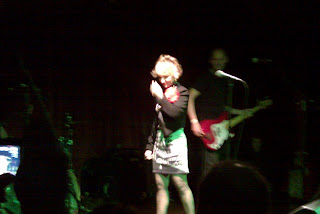 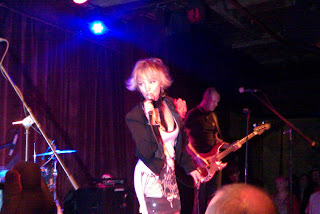 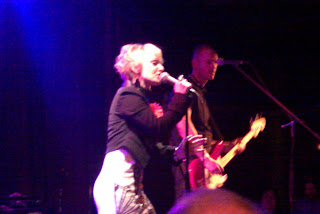 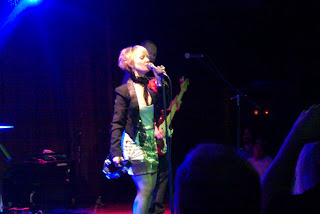 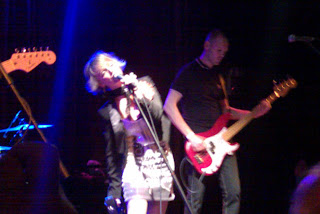 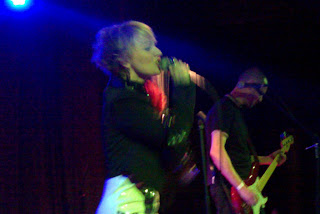 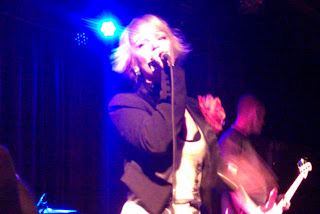 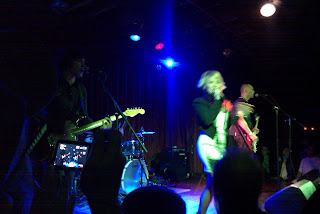 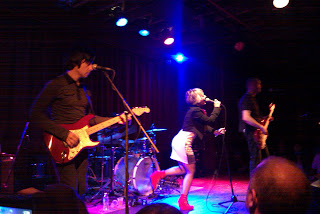 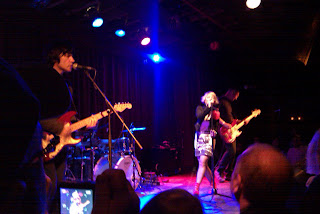 yep...totally see it. especially in the third picture.

I was the one who took the poster- I did ask nicely if I could do it beforehand.
Great show!!

Schwenko! So YOU'RE the quietly rabid fan. You were, indeed, very polite. I marveled at your ability to simultaneously appear as if you were just looking at the poster while you were also very slowly and carefully stealing it. Well done!