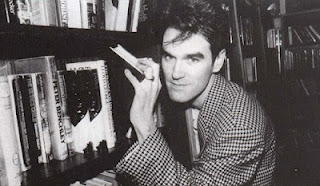 I WANT TO EAT AT GRASS WITH MORRISSEY SOMEBODY MAKE THAT HAPPEN!
Posted by Tim Anderson at 7:27 PM

It was a publicity stunt.