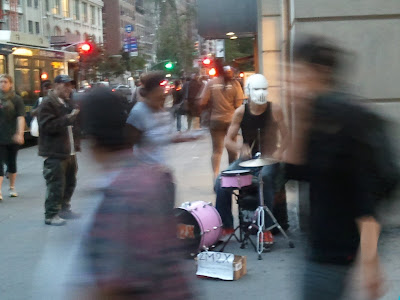 This economy is in the crapper, obviously. So basically the time for people to monetize whatever talents they have is now. My band, simpleshapes, consists of three people, two of them unemployed and one of them barely employed. So we decided the other day to use our misfortune to our advantage, by plopping ourselves down on the subway and playing some tunes. We made a whopping $12 after a few hours of playing our hearts out, so we may need to find a better location. But on my way home, I saw a stormtrooper who had a winning gambit: strip down to his black wife-beater and jeans, turn on some dancy pop tunes, and go to town on a pink drum set.

Not sure why we never thought of doing this, but it probably doesn't work as well if (a) you're not a stormtrooper and (b) you can't play drums. Also, does the public really want to see a stormtrooper playing something as soft and girly as the viola? Maybe in Chelsea.

Anyway, maybe next time we bring an amp, turn it up to 11, and get arrested? At least in prison you get free food and gym privileges. 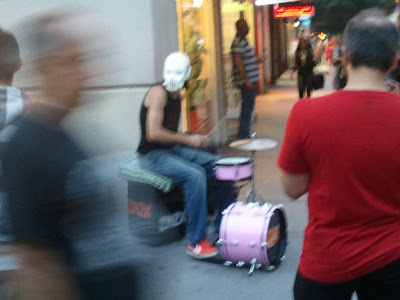 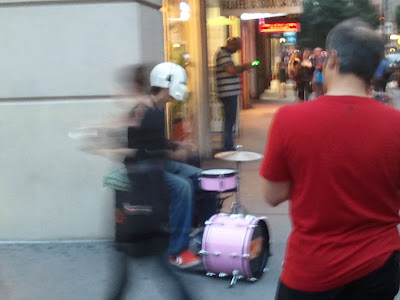