Been and Gone: Ken Ogata 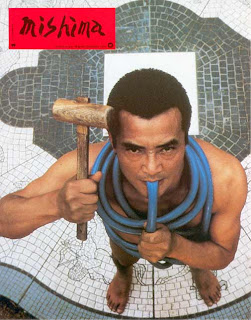 Sad. Ken Ogata, legendary Japanese actor, has died of liver failure at age 71. He's most famous in America for playing Japanese author Yukio Mishima in Paul Schraeder's impressionistic 1985 biopic Mishima: A Life in Four Chapters and a master calligrapher in Peter Greenaway's 1996 film The Pillow Book. Interestingly, Mishima has never been released in Japan because of opposition from Mishima's widow. But it has just been released in a special Criterion Collection box set, so we Americans can watch it all we want.
Posted by Tim Anderson at 3:48 PM

Email ThisBlogThis!Share to TwitterShare to FacebookShare to Pinterest
Labels: been and gone, movies

I've never seen Mishima but Pillow Book isn't too bad as long as you can stomach human taxidermy. You also get to see Ewan McGregor naked before he was too famous to say no.