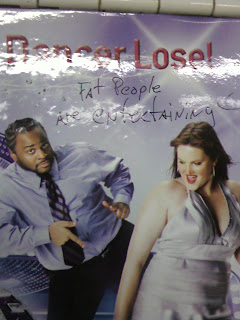 Our great nation just gets more and more lovable as the pounds pile on. It's official: 2/3 of us are officially obese or overweight or both, according to a new report released by Trust for America's Health (TFAH) and the Robert Wood Johnson Foundation (RWJF) and entitled, hilariously, F as in Fat: How Obesity Policies Are Failing in America 2009.

I think the title of this report is misleading—our nation's obesity policies seem to be working just fine, thank you.

Anyway, Mississippi is the fattest, which is shocking because shouldn't that distinction belong to West Virginia, which is only the third fattest? I'm a little saddened that my home state of North Carolina, located in the "upper south" region just below the skinny bitches in Virginia (#28), comes in at #12 on the list. I had much higher (and fatter) hopes for a place where there are Bojangles caijun chicken biscuits and pulled pork sandwiches on every street corner at very reasonable prices—and zero pedestrians.

Thankfully, as the subway graffiti above declares, fat people are entertaining, so there's a good chance we could all grin ourselves to death before succumbing to heart disease or diabetes complications. Much better to die with a smile on your face.
Posted by Tim Anderson at 6:33 PM