My Whole Life Has Led Up to This Moment: 9 to 5 Comes to Broadway 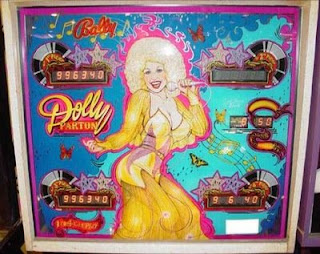 Like many young gays of my generation, I wanted to marry Dolly Parton when I was about 6 years old. I would be her proud house husband, also acting as her tour bus driver and wig tester.

But when I saw 9 to 5 in 1980, my goals abruptly changed: I was now more career oriented, wanting to work as a typist alongside Doralee, Violet, and Judy in an office of at least 30 stories for a company called Consolidated. We would smoke weed in the ladies room in the afternoons and go on happy hour excursions of hilarity in the evenings. I would have a special locker for my hats. (What a way to make a living.) Then after I grew weary of being a working girl I would retire to Florida and live with the Golden Girls, eating cheesecake and doing mushrooms on the lanai with Estelle Getty. In short, this was the life plan that I hid from my parents.

Of course, things haven't turned out exactly as I'd planned during those long bubble baths I took while playing with my sister's Barbie and Ken (mainly Ken). Yes, sadly, I'm not a secretary with two fed-up sidekicks. But I am a great typist. And my first love is still Dolly. Which brings me to an event that my entire life until this point has been leading up to: the adaptation of the movie 9 to 5 into a Broadway musical.

Now, I'm not a blind devotee of musicals. They can be good. They can also be just awful. (I wanted every person in Rent to die of AIDS, for example.) But if Dolly Parton is at the helm, writing the music and lyrics, then I'm all in. And if Allison Janney of The West Wing is playing Violet, then I'm in deep.

So, who's going with me?

Email ThisBlogThis!Share to TwitterShare to FacebookShare to Pinterest
Labels: dolly, laydeez i love

OK so you aren't a secretary, definitely... but you do have two fed-up sidekicks, if you think about it. Maybe you just aren't viewing us in the correct way!

we are go to see this together. period. end of story.

Hmmm...9 to 5 was one of my all time favorite movies. I'm all about some girl-power.

Right now, though, I am sort of sick with jealousy, thinking that every time you felt me up you were secretly imagining Dolly and those ginormous tits.

Really, Tim, boobs have feelings too.

Tim, seriously. You know that I am so in. Time and place, please...