You know, one of the perks of being unemployed (did I mention I'm unemployed?) is that you can go out and see what the world looks like during normal working hours. And since I'm also always looking for free things to do, after reading the rumor that Radiohead would be playing the Occupy Wall Street thing downtown, I decided I should go see this because I haven't seen Radiohead since 1994 when I was living in Manchester, England, and I went to a record store signing and got Thom York to sign my literature notebook (he wrote "Literature rots the brain"). (Note to self: find this notebook and put it on ebay...?)

Well, there was no Radiohead—that was apparently just an ugly rumor to get dumb people like me to pay attention to whatever this thing is. And judging from the above video I shot, the world during normal working hours looks like an idiotic/fun rave party.

Besides dancing, there were also costumes and wigs. 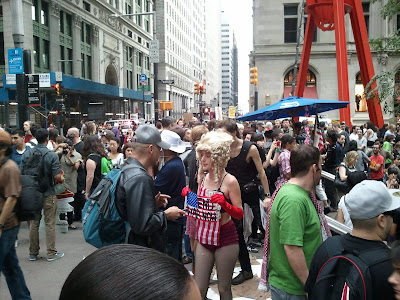 And lots of people standing around and talking about why Radiohead wasn't there. 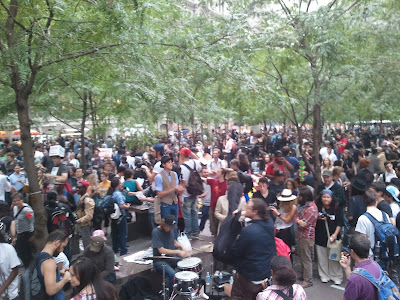 There were also signs, some of which made sense! One of them that I don't think did was one that I failed to get a shot of, which said "Osama Bin Bernanke" with a picture of poor Mr. Bernanke in a turban. (He looked pretty good!) The guy who was holding it looked proud of himself for his wordplay, but he refused to stand still, and my camera phone waits for nobody. Anyway... 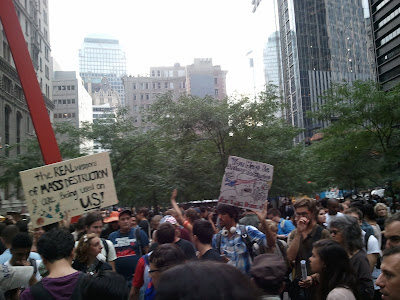 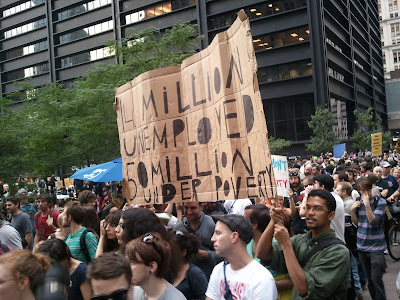 I'm not sure what the below figure is supposed to be. I guess someone who is dead from nuke pollution? In any case... 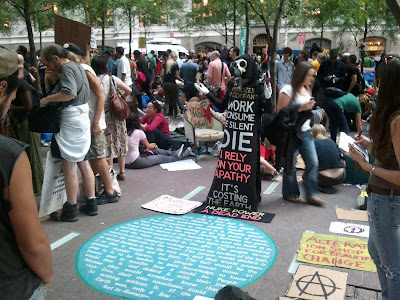 ...the shot looks better with this dude in it. 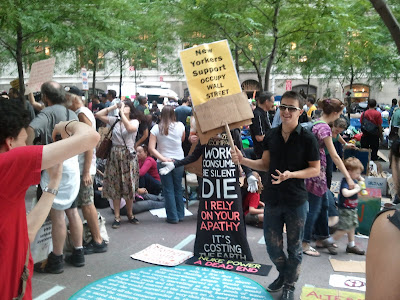 I took this video when I heard music and saw folks mobilizing to march. At least I thought that's what was happening. It turned out to be the shortest march ever.


Look at Mr. Man here, holding his sign and striking his pose. He's fierce, put him on a magazine. 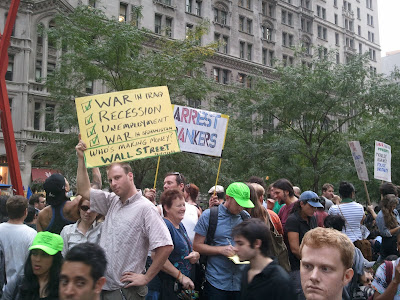 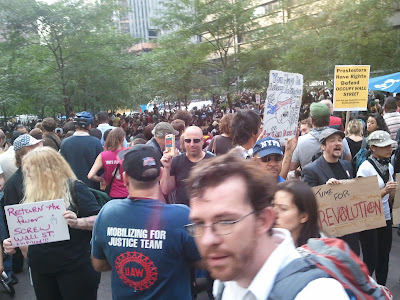 Lord, I'm a shitty photographer. Was trying to get one of the guy with the dollar bill pasted over his mouth. His sign says "I could lose my job 4 having..." and then a man's head interrupts it. For having a what?! A tie on at a rally? Red hair? A boner? What? 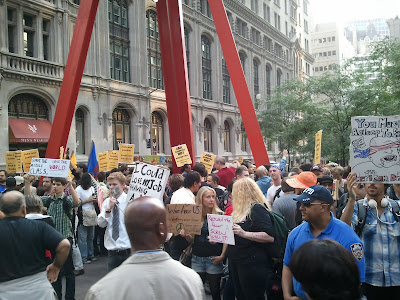 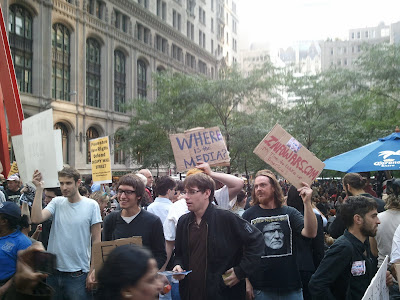 And lastly, a dizzying panorama of the proceedings, with the camera moving so unsteadily that you actually know less about the gathering than you did before you watched it. No need to thank me.

Email ThisBlogThis!Share to TwitterShare to FacebookShare to Pinterest
Labels: my camera phone