Note to the New Yorker: Make David Denby Shut Up 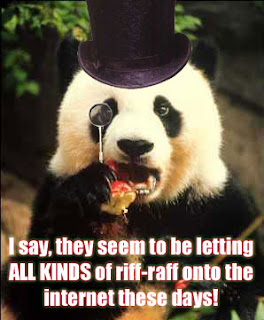 You know a new word is officially drained of its usefulness when it is uttered by a film critic for the New Yorker. And, though the word “snark” has been irritating for a while now, David Denby is hellbent on introducing it to the ascot-and-monocle crowd so that they can be insufferable in a whole new way. Denby has been out on an excruciating book tour to promote his new book Snark: It’s Mean, It’s Personal, and It’s Ruining Our Conversation, which is probably a direct quote from someone wearing lederhosen at Denby’s last cocktail party. In the book, he takes issue with the Washington gossip blog Wonkette, whose jaundiced take on the idiocy of Washington and politicians in general Denby thinks is “lowering the discourse” or some dumb shit—like Washington politicians haven’t already lowered it to levels that nearly obviate the need for satire.

Speaking for myself, one of the only things that has allowed me to get through the shitstorm of incompetence and the breathtaking stupidity of the federal government over the past 8 years has been the existence of a site like Wonkette, which has no qualms about calling Tom Delay’s replacement in Congress by her God-given birth name, “Dracula-cunt.”

Now, I’ve never really minded Denby. As film critics go, he’s not terribly offensive, and he has an appreciation for the male physique that I most certainly share (he is a New Yorker writer, after all). But he really has shown his ass during this whole Wonkette fight he picked. It’s bad enough that he has completely misrepresented the site in his book—claiming that they’ve poked fun at Ted Kennedy for almost dying, for example, when they hadn’t—and attributed a Wonkette post about Chelsea Clinton to “young women who may have hated Chelsea’s bland words as she went around the country supporting her mother’s candidacy” when if he had spent one MAN-second looking at the byline of the post he would have seen it was written by a MAN known as JIM NEWELL, aka A MAN. He also repeatedly claims, in press interviews, that Wonkette is owned by Nick Denton, owner of Gawker, Defamer, and other blog sites, when it is not. (It used to be, but it was sold. At least a year ago.)

All of which would appear to clearly violate Denby's Principle of Snark No. 5, which he outlined thusly in an interview with the LA Times: “Total disregard of routine journalism. No phone calls, no checking things out. Journalism should try not to slander people.” Um, yeah, David. And what routine journalism methods did you use before slandering Wonkette and making false—if harmless—claims about who owns them, hmmmm?

So, New Yorker, please grab David Denby by the ascot and place him in an undisclosed location where, as penance for being a dumb hypocrite, he must write a rave review—snark free!—of Hotel for Dogs.
Posted by Tim Anderson at 3:41 PM

The bear is adorable