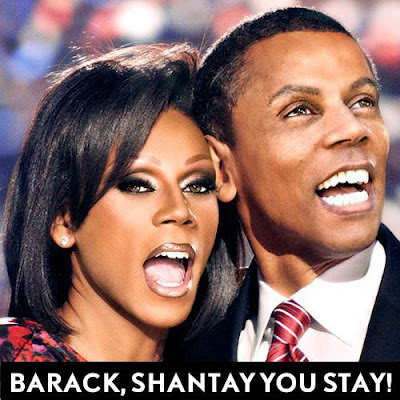 I know people have to write things and get page views for a living, especially the twelve-year-old lackeys over at Nick Denton's Circle Jerk Factory, aka Gawker, so it's incumbent on them to have provocative, link-worthy opinions on everything from NYC media figures no one cares about to John Travolta's massage preferences to the latest side boob extravaganza. They are sometimes very insightful! But shitting on the POTUS for coming out for gay marriage but not doing it exactly as you wanted is just stupid, sorry.

I grew up in North Carolina, which, way before it was known for voting against the gays, was known for repeatedly and gleefully re-electing famous knuckle dragger Jesse Helms to the U.S. Senate. (We never voted him out--he retired and then died, the fucker.) When I was in high school, the thought of President Ronald Reagan declaring that gay people deserve to live/not die of AIDS, much less asserting that they should be able to have access to public institutions shared by the other 98 percent of the country, was a hilarious pipe dream. (Ha ha, pipe dream.) The idea of the President even having a pro-gay record to speak of (let's not forget the repeal of Don't Ask Don't Tell, his recording of an "It Gets Better" video,  expanding same-sex benefits for families of folks working in the executive branch, the decision by his Justice Department to no longer defend the Defense of Marriage Act, signing the hate-crimes act into law, lifting the travel/immigration ban for people living with HIV)? Even more hilarious. Which is why seeing a post entitled "Barack Obama's Bullshit Gay Marriage Announcement" on Gawker today is just so very irritating.

Sure, it would be great if Barry dispensed with the "state by state" rhetoric so beloved of Republicans. But guess what, children: Barry is the fucking President of the United Freaking States and he's up against a shit-ton of bollocks being thrown his way constantly forever by a certifiably insane right-wing who has been amazingly adept at not inspiring the electorate-at-large to tell it to just STFU with its constant stream of idiotic, schizophrenic claptrap. He came out with an eloquent defense of gay marriage that, guess what, probably a lot of folks--left, right, and center--can relate to: He knows gay people, knows their families, and at the end of the day just can no longer see the reason for them to be a separate category of people. Was it some sort political calculation? WHO CARES THIS IS A SPECIAL DAY DO NOT SPOIL IT YOU SNOT-NOSED BRATS. It's nice that a political calculation benefits the gays for once, GAH.

Can't we all just strip down, oil up, lay back, and suck in slowly the breathtaking poetry of Barry doing this on the same day that North Carolina decides to show its ass again, to the world, because fuck it? Really, this is the most amazing Day in Gay News since Margaret Thatcher came out as a trannie. (That wasn't just a dream of mine, right?)

In conclusion, I think it was this photo I sent to Barry and Michelle last night that really spurred him to do the right thing. How can you say 'no' to a cat this sad and a gay face this judgy? 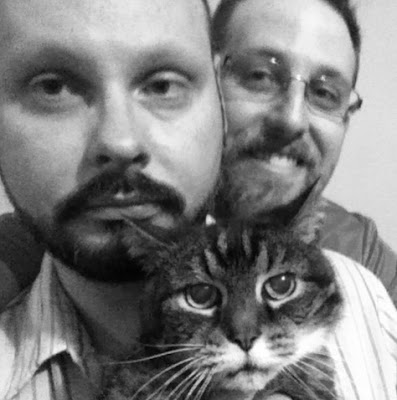 Love this post - and the photo. Thinking of you! xoxo

I want that picture on a mug, refrigerator magnet, and a tank top.

Oh, and yes, I am soooooo happy that Obama finally stopped being political and tell the truth for once.

This is huge. And don't let anyone tell you otherwise.

I love Obama's endorsement of gay marriage. And coming right after that amendment 1 kick in the nuts really salvaged my mood.

Damn, that cat does look sad!!

Damn, that cat does look sad!!

Stella the cat is upset because I made her pose for the photograph. Sadly, she does not support gay marriage and the photo shoot made her late for the Greater Brooklyn Feline Tea Party meeting.

It is indeed a great personal moment for Obama and a symbolically rich moment for American gays and lesbians! Obama is the best president for gays and all Americans ever! And it's an especially great time to be alive and gay in America. This is definitely the "least safe" Obama has played the gay issue in the last four years!